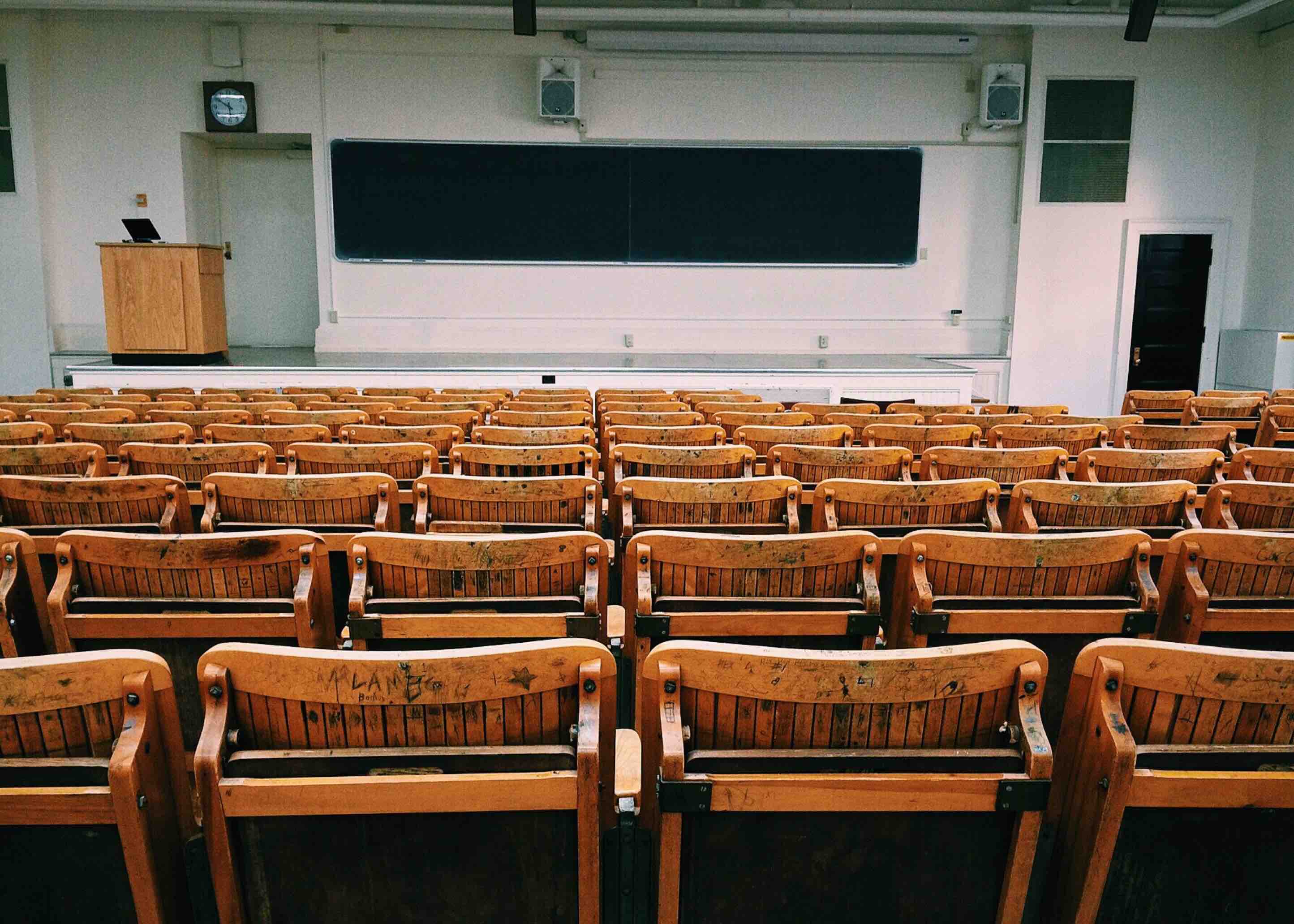 War on #FreeSpeech with Dave Rubin and Christina Hoff Sommers: What the Bias Response Teams Don’t Want You to Know

Free speech is the cornerstone of liberty. Those that seek to control your thoughts and actions first attempt to control the words you use. As language shapes our thinking and vice versa, seizing power over how and what we communicate is effectively conquering our consciousness.

Fighting against the tyranny of language and thought control is, therefore, the foundation of a free society.  Today that fight is more urgently needed than any time in recent history as an era of censorship and mind control descends upon our nation under the guise of safe spaces and micro-aggression policing.

Just when you think free speech may be dying on campus, Dave Rubin and Christina Hoff Sommers show up and remind you there is plenty of fight left in this war.

On March 28th, night these two stalwarts of expression and liberty brought their combination of sharp intellect and timely humor to the students and community of George Washington University in Washington, DC.

The event was hosted by the Young Americans for Liberty at GWU and the Ayn Rand Institute. Moderated by Dave Rubin, he and Sommers were accompanied by Steve Simpson, a free speech expert and Director of Legal Studies at ARI.

Rubin’s background as a comedian and experienced interviewer were evident as he adroitly led the panel through a series of timely topics followed by a lively Q&A session. 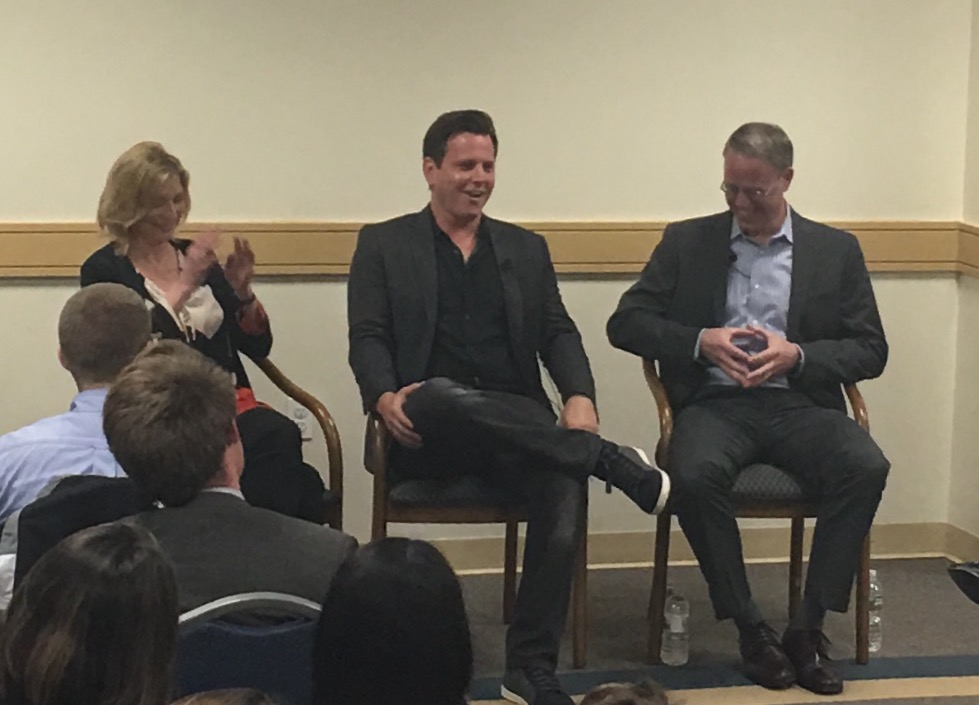 And while the topic was serious, the mood was light. The students who came to hear Rubin, Sommers, and Simpson were hopeful even while acknowledging the seriousness of the situation. Understanding what was at stake they displayed a sense of urgency, understanding they were the future of America.

College campuses are often the Petri dishes of culture, where new infections first arise and eventually spread to contaminate the rest of the nation and today is no different.

From the administration down to resident advisors and even the students themselves, University life today is more about holding down freedom of expression and stifling conversation than it is about exploring challenging ideas and pushing new frontiers.

Sommers, or “based mom,” painted a bleak picture of fear and oppression on campuses across the country.

She described a situation where three girls dressed as “Three Blind Mice” for Halloween were admonished by the school administration for ‘aggressing’ against blind people. The school punished the girls but to make things worse, it was their own friends and fellow students who reported them to the authorities.

Kids today are growing accustomed to living in constant fear over what they say (and think), causing concern that campus censorship may eventually spread to the rest of society, government and politics as students mature into adults and bring these experiences with them into the “real world.”

A thought-police apparatus evolved over the last few years resulting today in Nazi-esque functions such as a “Bias Response Team” whose sole purpose is to squash offensive or subversive speech that makes some students uncomfortable.

Actual thought police and creation of spaces where words can’t hurt you have now evolved into something much more sinister. Real violence and aggression now stymie free speech as evidenced by the nasty events which transpired at places such as Middlebury, Berkley, and UCLA. You can now safely assume college is no place for open dialogue or dissent of any kind.

Students are forced to walk on eggshells for fear of offending someone who may just be overhearing their conversation. Hushed tones and whispers act as defense mechanisms against the ever present speech monitors who thrive on reporting people.  The scolds and censors have seized power, Sommers reports, revealing the emotional state of students to be one of neurosis and fear rather than strength and confidence.

There is some evidence language control is indeed creating mental illness among our college students.  As Greg Lukianoff and Jonathan Haidt report in their Atlantic article, The Coddling of the American Mind, safe spaces, fears of microaggressions and a systematic approach to avoiding difficult ideas and language are actually causing harm to students. They write,

“A campus culture devoted to policing speech and punishing speakers is likely to engender patterns of thought that are surprisingly similar to those long identified by cognitive behavioral therapists as causes of depression and anxiety. The new protectiveness may be teaching students to think pathologically.”

If this is left to go unchecked we will be losing not only the lynchpin of our free society, but we will be producing wave after wave of mentally ill young adults and dumping them into the cold harsh reality of aggression and unsafe space. They will be ill-equipped to handle the rigors of real life until of course, they reach positions of influence and have a chance to change society to match their needs.

We see the beginning of this happening already.

YouTube, the revolutionary technology which empowered a new generation of content producers who bypassed mainstream gatekeepers and reached their audiences directly, is now actively using the bullwhip of money to control free speech.

Demonetization (removal of ad revenue) of YouTube videos which contain language deemed “hate speech” or “harassment” is the latest trend which will stymie the flow of free ideas and communication.

Major corporations such as HSBC, The Guardian, and Audi have pulled Google Ad purchases in objection to their ads running alongside videos they find unacceptable. These ads provide the revenue to online content creators which enables them to produce the stories and entertainment people want. Less money naturally means less content.

YouTube’s value to society goes beyond bringing us the new version of America’s Funniest Home Videos. It has become a vital hub in distributing alternative points of view and encouraging discussion of important topics…like protecting free speech. Discerning between violence inducing hate speech and material which may be offensive is important.

While on the surface we can easily appreciate how Audi wouldn’t want their ads to appear on a terrorist’s video, less extreme content producers are getting caught in the crunch. The fear is that this will spread to even moderate content that someone somewhere finds offensive.

Dave Rubin himself has suffered a loss of revenue from this new effort leading him to declare at the conference,

“Demonetization of YouTube is a massive crisis for free speech.”

While major corporations attack free speech in the private sphere, it is the government and universities leading the charge in the public space.

Sommers blames the expansion of Title IX regulations. Beginning in 2011, the government expanded Title IX to cover all forms of discomfort, rather than just focusing on actual abuse or harassment. Since then Universities have made it a mission to prevent any student from being uncomfortable out of fear of losing their Federal funding.

When this is combined with the spread of intersectional feminism, which paints the world in terms of oppressors and the oppressed, the future may be bleak.

Intersectionality pits white men against every other group and creates competition for oppression status among minorities, women, and anyone else who isn’t a “Cis” white guy.

Simpson went so far as to say, “Intersectionality will lead to tribal warfare.”

Sadly, many of these new policies and academic theories are based on flawed research.

Not only are we suffering from an assault on free speech, but one on reason as well. Sommers asserts that this wave of oppression is based on advocacy research rather than actual science.

“Check your facts before you check my privilege.”

When groups with a mission conduct studies, they do so to find the answers they want rather than the actual truth. Sommers debunks many of these ideas in her series “The Factual Feminist” which everyone, men and women included, should watch.

Though it seems the circumstances are dire, there is hope. 200 students crowded a stuffy, warm, conference room to discuss these very issues.  Hopefully, the panel helped seed the campus with contrary ideas based in reality that will grow in discussion across dorms and classrooms on campus. Like a vulnerable garden, it will need care and time to mature, but the beginnings of hope may have arrived.

Rubin and Sommers, in particular, are fantastic advocates for the defense of free speech.  They are both Democrats, not to mention he is a married gay man and she an outspoken feminist.  If the breach is to be recovered, these two are the perfect pair to forge ahead.

But it will take more than the efforts of these two thought leaders.  We all need to educate ourselves and fight back, lest we find ourselves on the wrong end of a more dangerous version of “Bias Response Teams.”

Learn up, read more, support Rubin and Sommers, and keep speaking your mind.

Christina Hoff Sommers is the “Based Mom” and “Factual Feminist.” You can view her powerful video series here.

Next post: How to Grow Your Audience via Leverage: Stats, Strategies, and Secrets Part V

Previous post: Zen and the Art of Not Dying:
What I Learned Freediving in Thailand