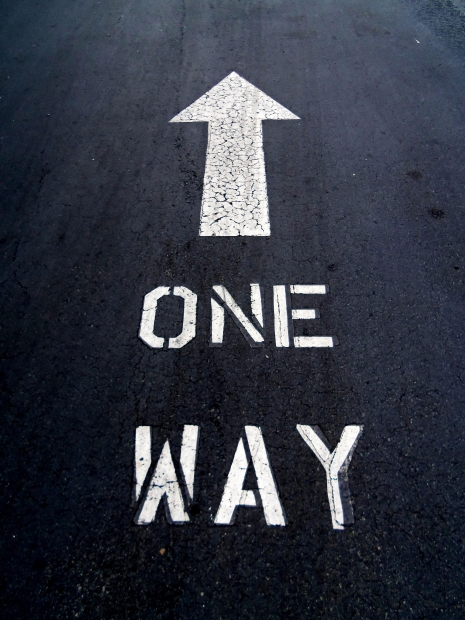 Dream Job and How I got it, The First One Anyway

I didn’t always know this was my dream job.  Its not something that most children can grasp.  But I was on my way.

When I was kid I was involved in entrepreneurial activities of all kinds.  Some were more savory than others.  The hustler in me knew that if had a guy that sold bricks for $10 and a guy that bought bricks for $12, I’d be in the brick business…instead of the weed business, but alas, I hadn’t found those dollar bill bricks quite yet.   I was learning along the way, however.

Discounts for quantity were something even the lowest level weed dealer understood.  Smaller and smaller percentages of a bigger and bigger pie.  The international capital markets were just about the biggest pie I could find.  I had to be in the middle.

But I didn’t live in New York.  Or San Francisco.  Or London.  I lived in a second tier town where I was toiling in a post college consulting gig that was sucking the life out of me.  I was determined to rise above this.

Fluorescent lights, menial work, boring topics.  This was not a dream job.  What recent college kid in the late 90’s was interested in the savings and loan crisis fall out from the 80’s?  Not this one.  So what to do?

I had to get into the industry.  I had to break down the door and find a path to Wall Street.  It was my one and only goal.  I became single minded in my focus. Winning was the only possible outcome. I created a plan.  The plan:

I identified the only hedge fund in my town at the time and began the process of trying to get noticed for my dream job.

First I mailed in resumes and cover letters to their job postings.

Then I sent emails to the managing directors hoping for a response.  Nothing.

I even faxed in my resume a few times to random phone numbers. Nada.

I tried calling but got lost in voice mail jail.

Months had gone by and I still hadn’t created an opportunity.  There was no one else in town offering the same opportunities to get into the market I wanted.  It had to be this place.

More months went by and I kept mailing and emailing resumes and cover letters.  I kept current on their business.  I eventually found someone in my network connected to them.

Even having her send my resume around didn’t help.  Typically, having a champion on the inside will be helpful, but apparently she didn’t carry the right weight.  Or the timing was bad.  Or maybe she didn’t really send the resume around.  Who knows.

I printed resumes and fed ex’ed them to each of the managing directors.

Eventually, I had a courier hand deliver my resume to each director in the office.

Yes, I paid to have a professional delivery service hand deliver my resume to every Managing Director of a nine-digit hedge fund, while I was a recent and broke college grad.  It was my drinking money for the week, gone up in the smoke of courier fees.  Dream jobs are expensive to get sometimes.

And finally, after 18 months…. I got an interview.

Yes, 18 months of emails, calls, faxes, fed exes, courier deliveries and basically constant harassment finally got me the break I was looking for.

I had already done all my research on the company, and I knew all I could know from the outside.  I was eager and interested and as well informed as I could be for a neophyte.

Prepare for your dream job in advance

I demonstrated I was exceptionally interested in the position which meant I was going to work hard.  I had a a basic understanding of their business and position which meant I could speak intelligently about their market place.  I showed I was committed.  Perhaps I showed I was a little crazy too, which works out well on a trading desk.  It might even be required.  Big swinging dicks abounded.

I asked them for the job outright and got it, even getting paid more than I had hoped.  I’d have done the job free if that was what it took.  My eyes were on the eventual prize, Goldman Sachs.

This was just a beginning, but it was my big break.  A break I made happen.  Sure you could call it luck, or timing or whatever, but the point is, being prepared and persistent is what made it all work.

I had to cut through the deluge of applicants.  I had to rise above all the other bonded paper hopefuls, their cover letters manicured and toiled over.  I had to stand out and I had to reach my audience.

And reach them I did!  I got the job and learned a ton. I was finally sitting in front of the bloomberg terminal, the world’s biggest video game right in front of me, all the information in the universe accessible with keystrokes.  CNBC on in the back ground, stock tickers and bond prices whizzing around, dream job in full effect.

A medium term victory in a long term game, this process taught me about life in a way that still rings true twenty or so years later.  I leveraged this knowledge into that Goldman Sachs opportunity a few years later after grad school.  Yes, I got the dream job offer eventually….which I turned down (more on that later)!  Nevertheless, the lessons remain and here they are:

Do your research.  Figure out who the players are in your desired field and find them near by you.  In my case even though I lived in a city of millions, there were limited options for me.  ID your target and remain focused.  Learn about their business, their competitors, their environment, learn anything you can about them.  Impress them with your knowledge of their firm and their success.  Everyone loves to have their ego stroked.

Be persistent.  99% of applicants (I am guessing) send off a cover letter and resume and move on.  Don’t be like the rest.  Tell the company you want to work for that they are your primary goal.  Show them.  Keep sending information.  Stay in their face.  Companies know that loyalty is rare, demonstrate it to them.  Show commitment before you even get there.  Remember, it took me 18 months to get the dream job I wanted!

Get started now.  I wanted to work at a hedge fund. Or at a sell-side firm on their proprietary trading desk.  I wanted to buy and sell stuff to make money.  Instead of waiting for an institutional job to give me this chance, I started day trading and managing my own portfolio.  I bought and sold stocks and options.  I made money and lost money.  But most importantly, I got experience and I stayed in the middle of the market.  I made myself current on my own, not waiting for the job to teach.  I was already working towards becoming an expert when the job opportunity finally came.

Stand out.  Rise above the roar of the masses.  For most jobs you will be competing with people who have similar or better qualifications.  Make it the intangible things that stand out.  Make sure your resume is damn perfect, of course, and you should even use standard form, but how you get the resume to the company is where you can make a difference.  Fed Ex, USPS Priority Overnight, Courier, Hand delivery, hand written notes.  Get seen!

Find an Internal champion.  Find someone on the inside to make the case for you.  You have to be aggressive in finding someone you can actually talk to who works there and is close to the hiring manager.  Many jobs already have a hire in mind even as they post the listings.  Stay close to your internal champion to learn when jobs are coming before they are posted.  Induce your champion to advocate for you.  While this approach didn’t help me with this particular job, it did help me get meetings with Managing Directors at Goldman Sachs and other Wall Street firms.  We all need friends.  Network.

Prepare for the next.  The hedge fund job was exactly what I dreamed about and I made the most of the opportunity.  I worked full time and went to graduate school studying international finance.  I networked through the guys at the firm to connect with folks on the Street.  I stayed long after trading closed in order to explore Bloomberg and the other devices we had to gather and analyze information.  I read proprietary research sent to us from the very firms I wanted to work for.  I was able to piece together an understanding of the landscape from the inside.  I knew who ran which departments at which big firms.  I knew whose names to drop at the right times.  All because I was prepared and took advantage of what was in front of me.

Getting that first job in the industry you are passionate about is challenging and daunting.  Many people take what the market offers them instead of realizing their dreams.  Taking an idea and transmutating into it reality takes effort and persistence.  You have to be willing to work for it and to rise above.  Learn from my experience and use these proven techniques for getting noticed and for getting the job.  Don’t just accept what the world offers, make what you want to happen a reality through action.

Next post: The Key to Success: The Come Back