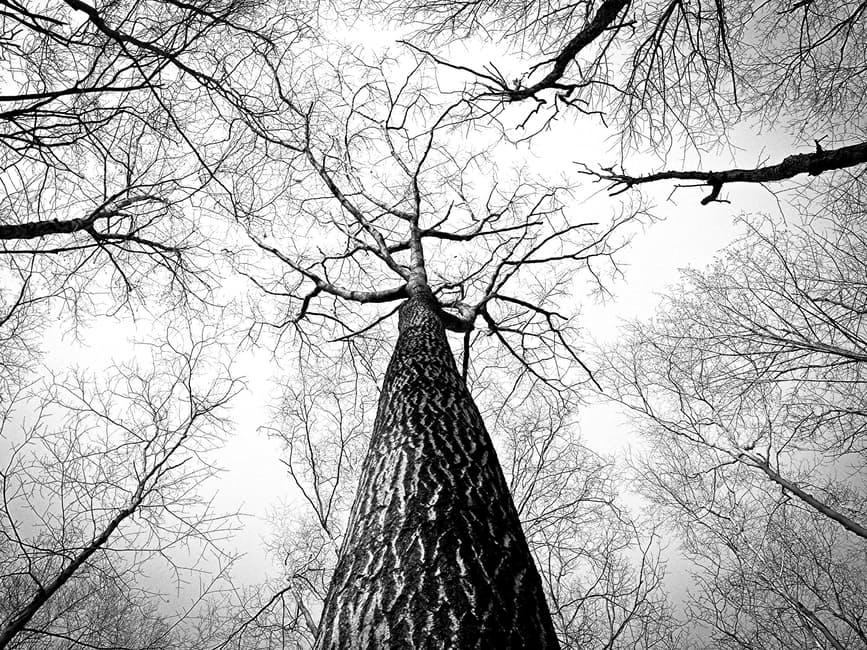 The school system was facing serious problems and I was the hired gun, there to stop wasting the precious years of young students. The mission was to lift these kids up but instead, the adults were robbing the place of money and the children of their lives. There was enough shame to fill a gymnasium but no one felt a thing. I snuck in the backdoor, an undercover disruption no one expected. I built a team I thought was pure, but I soon realized that wasn’t the case.

Obese and oblivious, her forgettable husband had forgotten her and her own kids didn’t give a shit. As Board Chair, Joyce was meant to support me in support of the mission. But I soon came to realize I had only brought on another problem rather than a solution.

Her own dud of a career and basic life moved her to destroy me rather than save the school for the kids. Even though her own health couldn’t make her move off the couch, her overt jealousy and rage towards me motivated her in ways a trainer could only dream.

Ruining me filled the hole in her soul that even a day of binging couldn’t. Forget about the poor black kids we were supposed to be serving, her ego needed feeding and I was the big game.

Through the interview process, Joyce kept it all bundled inside, and I wasn’t skeptical enough to peel away her multitude of layers. I thought she was with me when in the end she was only with herself.

The Mission was my mission, but the battle with me was hers. She planned her attack while I made sure these kids got a glimmer of love. And boy did they need it.  For kids like Thaddeus we were all they had.

Thaddeus was homeless but he used the money we gave him each week to take the metro from wherever he slept that night to come to our house of hope.

There was a washing machine at the school we used to wash the kid’s clothes when their parent(s) wouldn’t. There was no shame, this was their normal.

Dirty and unfed, often times we gave them the only food they’d eat all week.  And it wasn’t much. Two meals and a snack served in plastic covered plastic trays eaten with plastic forks.

Darius never got a home-cooked meal. While Mom got a check every month and bought painted nails with tiny jewels, the sink in their unused kitchen overflowed with ashtrays and Newports. The only ingredient fully stocked was hunger.

James called us Home. Parents dropped students off each morning at 7 am and didn’t return until 6pm that night. They had no jobs, no prospects. They just wanted to get rid of them.

Just like the great white whale, Joyce, wanted to get rid of me.

We’re saving lives over here, the battle raging, and she wanted to go to war with the general. But I was bullet proof. The Mayor even said so. “Way to go,” he said as he shook my hand in front of the cameras. He took the credit for giving me a chance to win. I didn’t even blink, saving schools was my thing and this was not my first.

But Joyce couldn’t stand the beauty.

Black and white, male and female, gay and straight, the staff was a diversity agent’s dream – all working lockstep towards reading, writing, and ‘rithmetic. Until that lady’s ego had had enough that is.

My tenure had been a half decade of hugs and smiles. Now it was time for war, just as we won. Joyce brought the fight to me as the battle for the school was winding down. She couldn’t let me have my moment, the moment we’d worked for, the moment we built for the kids and their parents no matter how little the latter deserved it. She had to ruin me and in turn, she ruined everything.

Lies, projections, and nightmares took me down. My career of helping minorities discarded for self-gain and pyrrhic destruction. She couldn’t question my success, the wins were too visible, results too tangible. Character assassination was the only route.

She shouted to a room full of women, minorities, and gays – all my hires, my trainees, my army – the irony lost on the wailing woman. For all her inability to salvage her own life and manage her shame, Joyce did pick the only winning tactic against me. It was the only one which could bring me down, the one that would give her the cover to the burn down the sanctuary we’d created for the fifth child to the 28-year-old unemployed mom with four baby daddies.

The one white guy in a building full of black people and I’m the racist. 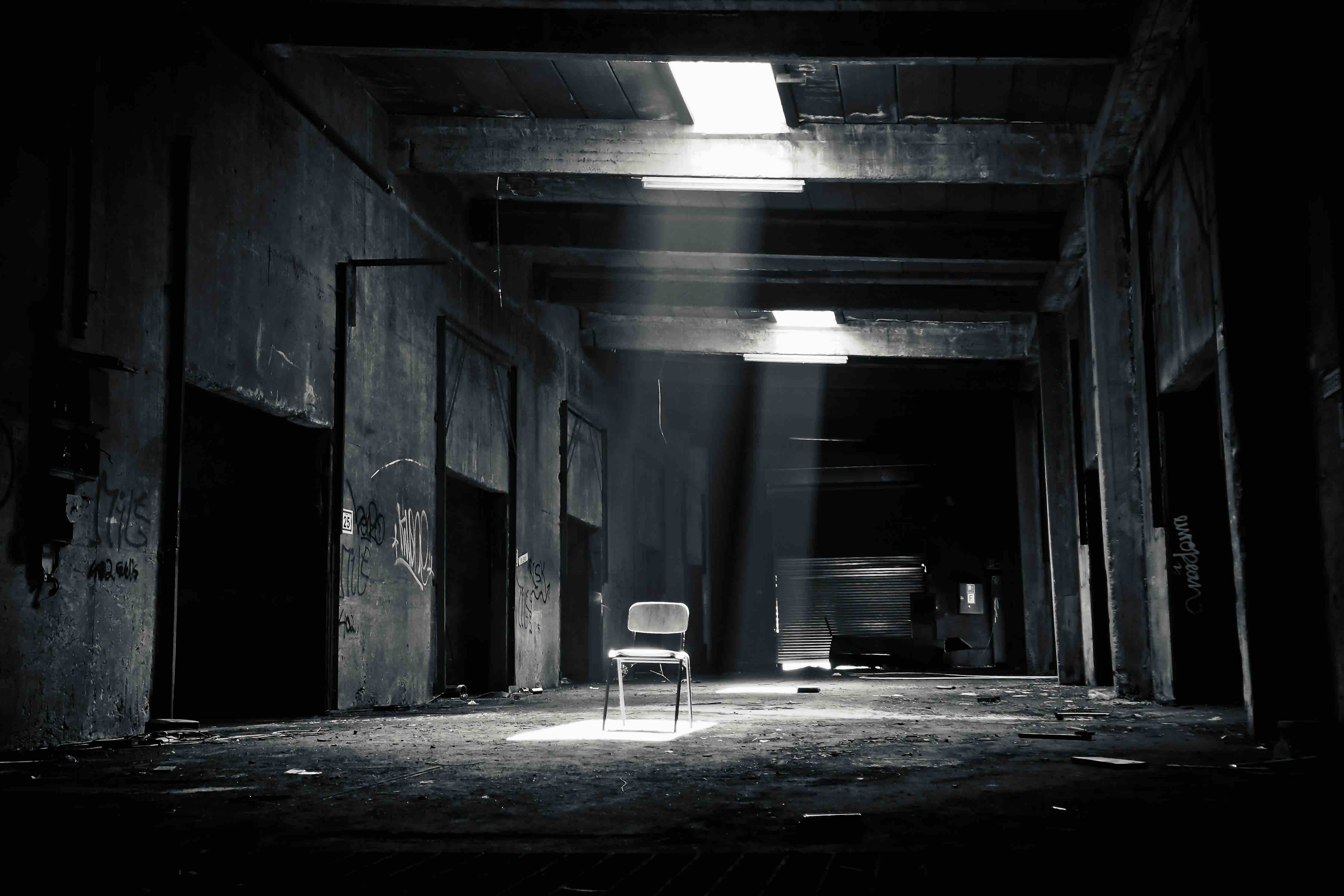 Igot around, but all I ever wanted was to be at home. Being a father in the good times or even the bad times was always better than being a player, even in the best of times. The joy bubbling from my youngest child and admirable inquisitiveness of her older sister crisscrossing the dinner table always comforts me in ways “freedom” never could.  Family dinner was what I lived for, it was and is and will always be the highlight of my week. Dating young women and satisfying fleshy desires was hot (and good don’t get me wrong) but it was always a substitute for what was missing.  And it was family dinner I missed the most. Being in the wilderness is no place for a father, back at home at the hearth is where I belong.

I’ve now reconstructed my family into the third and hopefully final iteration. This is my last chance. One more swing and miss and I’ll not only have ruined my chance at homelife-happiness – but I will have failed at modeling one for the kids. My biggest fear is I’ll implant family failure into them, a failure I’d never forgive myself for.  I’ve weathered too much to let that happen.

I hung on to the first two go-rounds despite the disrespect and downright hatred, enduring pain I deemed to be less destructive than the dissolution of my dreams. Family man, caretaker, daddy. These were my fantasies. Being a playboy in the city only a second choice to being the patriarch of a boy and a girl and a mom together. Despite knowing there was a never ending supply of young women waiting for their chance at me on the dating market, I clung to my last relationship. Being torn away from my baby, knowing I wouldn’t see her every day, inspired me to eat shit from an unworthy woman for far too long.

It was the fear that prolonged the agony. Stubbornly subjecting myself to outright sadistic stabs of a woman with no shame, I lost me in the mire of my failed family. My daughter’s mother used my never-ending loyalty as a weapon.  She knew I’d hang on in spite of her misbehavior and disrespect because to be with my baby every day is all I wanted. This was my 2nd chance family, don’t forget. I never thought there’d be a third.

I want my chores and bedtimes, and to be there when they cry in the middle of the night, able to show them what a father does when a kid needs them. I want to talk to people at the store in front of them, show them how to be charming and polite. I want to have enough time to download my world into theirs, giving them the chance to avoid my mistakes. It would take forever to share all the wisdom I’ve earned. An eternity.

He was handsome like a block. Square, tall, white bread with a smile straight off a Ken doll. Remarkable really, you couldn’t help but notice. Despite the burgeoning gray in the temples he still looked like that boy from 10th grade who ran for student council. My old-soul self failed to see through the youthful exterior and into the nervous naïveté vibrating on the inside. Loyalty as a virtue comes with experience.  You can’t appreciate the power of brotherhood until one of your brothers betrays you. I should have known better. For all my cynicism and bitterness, somehow I still have hope. Hope and faith in humans who are broken. Just like me. Broken and flawed yet still expecting the next one I trust won’t be. Who is the fool here?

I hired him, gave him the job and showed him how to be the best boss one could be. I gave him the space to lead and learn and take control over his life. He thanked me and blessed me and found us money to help support our cause, even saying I was the finest superior he ever had. My ego needed that. The transparency of the sentiment only settling in after the knife was deep in my back. Hire him, train him, give him victories, build his strength, let him develop a power base and what did I expect would happen next?

Create a man worthy of leading and there is only one place for him to go. I was the leader, I had the one job he didn’t. It was my place but I gave him too much. Maybe I got lazy. Maybe I was too caught up in building a machine that provided for all, rather than one that provided for me. Make it look too easy and you’ll be out on your ass. I learned that again, again. Build a team of killers and be surprised when they kill you.  That’s the mark of a mark.  But what am I going to do?  I honored the mission, I built a thing out of ash and dust and detritus that rose up and flew away, leaving me bleeding on the ground. Maybe next time I’ll learn. Or did I say that last time?

Betrayal reveals itself in different ways but always at the beckoning of trust. Being the worst kind of pain, a loyalty discarded seems to beg for isolation as a preferred course of action.

But to be alone is to be limited. Our strength comes from coming together and lifting each other to places that can’t be reached by just one person.

Whether it’s building an organization, a family, or team – hope, trust, and loyalty are the preconditions for success. But, really these evolve from something deeper:

Vulnerability is ironically what fortifies us.

Humans are communal animals. We evolved because of our ability to work together operating under the same mental model of the world, an imagined order leads us to more complex yet safer circumstances.

While skepticism is healthy and being wary at first will screen most dangers away, at some point or another, you have to commit to opening the kimono and letting people in.

We’re all imperfect, and we each have our own agendas, no matter how aligned they appear to be for the moment. The key to trust isn’t to “know” someone but to understand their circumstances as best as you can. Easy to say, but hard to do. In order to come together, it must be done.

A life of isolation and cynicism will not lead you to friends, family, or the camaraderie that can only be unearthed through group victories and success.  And it certainly won’t bring you the joy that can only be found at the head of the family table, surrounded by the laughter, good food, and that most elusive yet rewarding sensation of love.