What Does a Keeper Look Like? How to Pick a Woman Today

How to pick a woman?  Even just writing it like that offends my old programming. How dare a man be so brazen to think he is actually choosing?  Weren’t we taught that boys desire and girls choose?  Well, fuck that.  We’re intelligent self-aware men who know that we’re high value. We have systems. We’re rational. Lets have a system for picking girlfriends.  We start with a list.

This list started out as basic ideas of what a “keeper” looks like when you’re sampling the dating market.  It naturally evolved into a critique of today’s female (and became an ode to my girlfriend, cuz she’s awesome). These are the things that work for us and what distinguishes her.

Today’s woman doesn’t feel the need to set herself apart from the pack.  They don’t understand life is a competition because they’ve never had to compete for anything.  Ribbons for participation, rigged systems that favor them from birth through college and into the workplace, and an over valuation of their vaginas breeds complacency.  That complacency equals drunk fat girls eating pizza at 4AM on the curbside bemoaning “there’s no men in this town!”

Feminism have taught them men are evil.  Men are rapists.  Men benefit from privilege.  Men are monsters that must be controlled.  Yet, women long for the warm embrace of a man.  This dissonance is painful for them.  They want to be men, act like men, live like men, and yet still expect men to want them.  It doesn’t work.  It doesn’t work for either party.

I’ve learned the hard way, guys.  I’ve had the failed marriage, the other long term live in girlfriends who didn’t work out.  I’ve seen the consequences of not having the type of standards I list below.  I’ve seen what happens when you make a decision based in ignorance, fear or from weakness.  This list is meant to help you identify some of the many characteristics you should consider as you make your decisions.

Yes, men, you are the deciders.  You are the gatekeepers to commitment.  You get to choose. 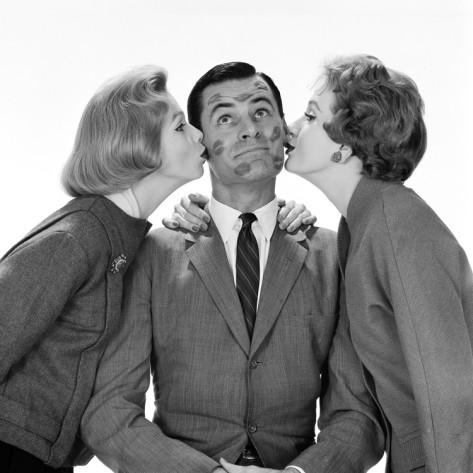 You get to choose after you’ve put the work in to become high value.  When you’re low value, you do not have the power to say no.  You are a slave to your hormones.  You want that pussy, you’ll do anything to get it.  You won’t even be aware of how you diminish your true power by succumbing to the entitlement of the modern woman.

You cannot choose from a position of weakness.  Put the work in.  Create abundance.  After you’ve done that (years of work for some of us), consider this checklist before ever getting into a long-term relationship with a woman:

12 signs you’ve got a keeper

She randomly bakes things for you.  Nothing like the smell of cookies in the house, or the satisfaction of having a hot young woman make you a cake from scratch, including the frosting.  This is simple example, but it speaks to the larger theme of her being on the look out for you and the ways to make you happy.

She is a neat freak.  She has a proclivity for cleanliness and understands she is maintaining her standards not yours.  If it was left to me, the house would be shades messier, but she wants it spotless and organized.  Fine with me!  I enjoy that more, I just don’t put the energy in to make that happen. Fastidiousness is a sign of self respect and discipline in a woman.  If she is a slob, run, that will never ever change.

She loves to cook.  Today’s men and women don’t cook like they used to and in fact, many of the single people I know live completely off take out and the Whole Food’s hot bar.  A keeper knows how to make healthy meals from scratch at home, without using a lot of scratch either.  Being able to bake chicken and veggies for $10 to feed five people is a useful life skill, even if its not regarded as honorable anymore.  She also doesn’t demand to be taken out all the time.  Enjoying cooking is as much about taking care of you as it is a reflection of her lack of entitlement.  A dinner out should be seen as a treat, not a right.  In the meantime, get yo’ ass in the kitchen.

She is great with kids. If a woman wants to find a man today, she may have to open herself to the idea of becoming a sort of stepmom.  With divorce rates up, there are lots of men out there with kids that come as part of the package.  It is essential that your girlfriend loves kids, loves to be with kids, and loves the living shit out of your kids, if you have any.  With the emasculation epidemic crushing young men, women know today they have to look to older men of my generation for masculinity.  We often come with kids.  She must love your kids as much or more as you do.

PS. Don’t have kids with your girlfriend.

She thinks feminists are weird and doesn’t use that word to describe herself.  In fact, she can’t stand feminists.  You want your girl to be on your side of the entire gender battle.  I shake my head with sadness when I see otherwise cool dudes being emasculated by their feminist wives/girlfriends just by talking.  When she shows her hatred of the patriarchy, she is hating on you, dude.

She is aware of and bemoans the current state of the dating market.  A realist about today’s dating market understands that there are far more eligible women for the successful man than the opposite.  She may not understand hypergamy exactly, but she knows when she looks at you other women want you.  She also understands you have a choice.  To her, you’re the pinnacle.  For you, she’s the best choice to make today.  You both will be happier for it.

She’s kind of white trash.  Hypergamy is real.  Don’t try to get with a girl who is your educational or professional “equal.”  Who wants that?  Yuck.  That’s a sure fire way to have constant battles and power struggles.  Create a situation in which you’re impressive to your girlfriend just by your experience and capabilities.  Women want to be wowed by their man.  Women want to be shown new things and taken new places by their man.  Even if they won’t or can’t admit it, women loathe men who are their inferior by class or standing.  A white trash girl who worked to raise herself up will understand the value of what you’re giving her.  An entitled daddy’s girl from an upper-middle class family sure as fuck won’t.  She’s probably still got her Daddy’s credit card in her purse at age 30.

She is resolution oriented, rather than conflict seeking.  This might actually be the most important one in the list.  In order to have a healthy relationship, the two of you will have to become skilled at navigating minor and major conflicts (even the best relationships hit trouble every once in a while, and we all bicker occasionally about stuff).  If her natural disposition is towards seeking resolution, you both will be happier for it.  When I finally found a woman who wanted peace uber alles, it was a revelation.  I hadn’t realized just how conflict-filled my relationships had been in the past, and how long spats would get drawn out just because she wouldn’t let it go.  We both need to be self-censoring and aware of what we say and do.

Her having the bias of resolution and peace-seeking vs. one of conflict is the single best predictor of general happiness.  In my totally bro scientific opinion, of course.

She loves, and I mean loves, to fuck you.  Ok, I was kidding before, this is the most important one on the list.  A keeper thinks you’re the hottest thing in town.  A keeper gets wet just looking at you.  A keeper wants to show her love for you by banging you every single time you want, whenever you want it, wherever you want it.  A keeper sells you on a long-term relationship with each random blow job, spontaneous kitchen romp, or in your nightly rituals.  A keeper feels most at home with your dick in her mouth.  Desire is a barometer for everything else.  Watch this canary.

Being fat is unacceptable to her.  Self-explanatory. 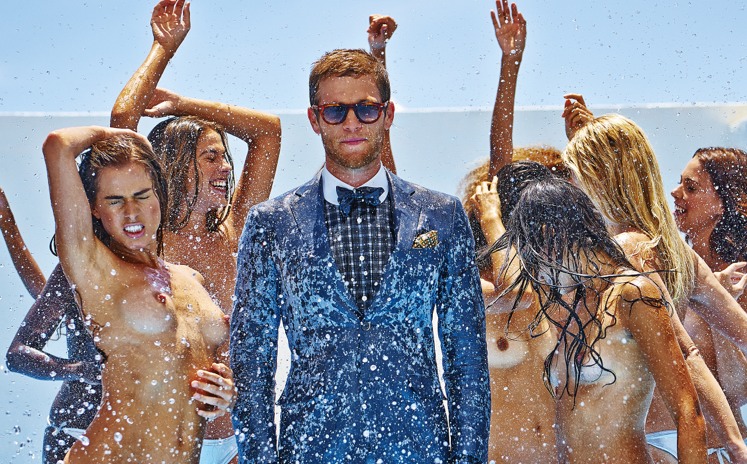 She says things like, “can I make you a sandwich?” This ties in with the cooking one but reveals more.  A keeper wants to do nice things for you.  A keeper is concerned with your happiness.  A keeper is constantly thinking, what can I do for him?  Is he hungry?  Are his favorite socks clean?  She wants to enhance your life.  She wants to be your girl, so she makes her presence a net positive.

She only wants to lift you up, not bring you down. You’d think this one would go without saying as well, but guys, examine your relationships.  Does your girl consider you and your benefit when she makes decisions?  Does she want to lift you up and support you to become an even greater version of yourself?  Or does she nag at you, break you down, belittle you, and even emasculate you?  In today’s world, emasculation passes for normal.  Many men are trained to accept it.  Look hard.  Is she your number one fan?  Really though?

The common theme is lack of entitlement.  Entitlement is rampant amongst 18-40-year-old women.  They expect and demand much without offering anything in return.  Men are supposed to be wowed at their office job and their vagina, but not much else.  Their mothers are not teaching them how to take care of their man because that would be like, patriarchy or something.

The girls are half in the real world, half out.  Daddy is always lurking in the background with financial support or the warmth of no judgments.   The women all expect to get the apex level man without doing any of the things it takes to become high value herself as determined by the man she seeks.  Men seek complementary characteristics in a woman, not equivalents.

The biggest failure of feminism is teaching women to value male attributes and success markers over what men actually find desirable.  The entitlement they feel gets entrenched when they have a college degree and an office job, like, isn’t this enough?   No, no it’s not enough.  Learn how to be a homemaker, learn to love to fuck your man, learn to treat your man like a king.

Otherwise, you’re just another face in the endless march of lame ass women out there who could be so much more.

Worse, you’re nothing more than a fading memory.

Men: understand it takes work to become the best, and only then are you in position to demand the best in return.

Put in the work, elevate yourself, then settle for nothing less than topless sandwich delivery and all the blow jobs you desire. It really is possible.

Do you have other attributes to add to this list?  Do you think I am crazy?  Do you agree with me?  What has your experience been?  Post it to the comments so we can all learn.

Next post: Straight from the Underground – My Review of John Doe BodyBuilding’s Latest Book.