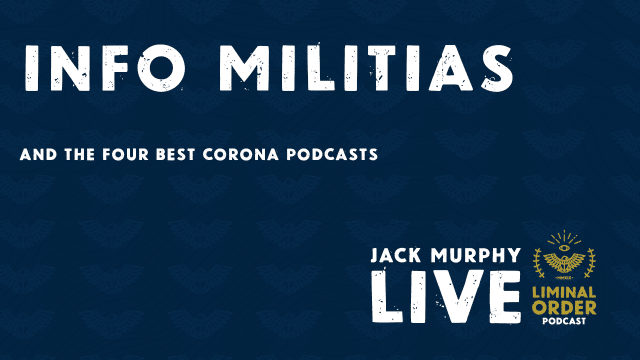 The Corona Crisis has made the world even more confusing than it was before. With chaos and complexity rising around us for years, the Covid-19 Pandemic has confirmed what we knew to be true for a while now: our media and institutions have no idea what they’re doing!

Lucky for us, however, we’ve found a better way to make sense of the world. Technology has enabled us to aggregate our cognition into something which is now more capable and powerful than our media and even our government. Our collective brain power and urge to understand our environment have come together to create newer, more effective ways of solving problems.

The rise of Citizen Journalism is one sign this is true. Citizen journalists became prominent in recent years because we came to understand the legacy media was full of shit. Independent writers, analysts, and thinkers rushed in to fill the credibility gap left by mass media failures. These renegade reporters gave us truth and answers where the corporate media gave us agendas and misinformation.

Citizen Journalists became powerful but they represented just the first wave of our transformation.

The next wave of sense making will be done through what I’m calling “informational militias.”

In our case, the regular army is our elite leadership: the government and our experts. Their assignment was to protect and care for us, and in that they failed. Corona has confirmed that our government is overwhelmed, incompetent, and/or just plain ignorant. Because of this, we find ourselves in a state of emergency, a condition which naturally encourages the rise of militias to protect and serve our communities.

Communities with advanced information capabilities are providing services where the government is not, using networks of individuals who work together to collectively make sense of the world.

These networks can be emergent and decentralized, rising to solve a unique common problem only to disband after the goal is achieved. Or they can be deliberate and directed, organized around a shared mission or common values who then attack and solve information problems as they arise.

In either case, access to a powerful information network puts people at a clear advantage over those who rely on the government and mass media.

And if you happen to wield or operate an information network, you become powerful enough to lead yourself, your community, and even the Nation.

More so now than ever, an individual is only as powerful as their network.

Remember; you are only as smart as your network.

I know this is true because I created an info militia like the one I described here called the Liminal Order. Our response to Corona virus was early and aggressive and because of it our Members are safer, healthier, and even wealthier than they would have been without.

As one of our members said recently, “The thesis of the Liminal Order has been proven [via our response to Corona].”

The media has taken notice:

#LiminalOrder is a positive example of what I refer to my quotes. Members are collectively smarter about this crisis, and were earlier to see it, by virtue of info-sharing within a trust community. https://t.co/cMRHqa5NDG

I preach what I practice, in other words.

But I didn’t come to these conclusions on my own. I’m not a super genius or an advanced academic. I am however, at the center of an information network I’ve fostered over many years.

In addition to the power of the Liminal Order, I’ve sought out the insights of thought leaders, visionaries, entrepreneurs, analysts, authors, and other big thinkers who’ve each helped me understand the world in a more effective way.

I then turn that information into something useful and helpful for you.

Here are four of those conversations.

Each one of these podcasts helps explain the how and why of today’s Corona crisis, they offer hope and ideas for the future, and most interestingly, as a group they not only describe but then demonstrate an info militia in action.

Next post: Delicious Tacos – Savage Spear of the Unicorn

Previous post: Samuel Hammond, The China Shock Doctrine, and how Globalization was Non-Consensual