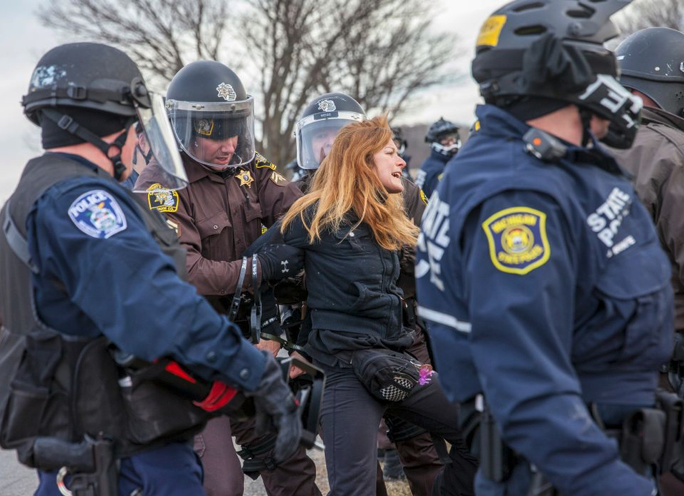 Lacy MacAuley Faces Felony Charges (Why Does the DC Public Charter School Board Listen to an Anarcho-Terrorist?)

John Goldman and the Public Charter School Board

My real name is John Goldman and I am employed by the DC Public Charter School Board. I am currently suspended from work because Lacy MacAuley, a known criminal, anarchist, and ANTIFA terrorist, lied and defamed me. She accused me of me being a white supremacist and associate of Richard Spencer. Not only did she lie, but she notified my employer in an attempt to get me fired. Because of her libel and malicious attack, I am still suspended from work almost two months later.

The idea that I am alt-right or a neo-Nazi is ludicrous on its face. There is ample evidence which shows quite the opposite. I have been critical of the alt-right since the moment I was aware what it stood for. I have written about my contempt for Richard Spencer and the alt-right on several occasions. Even the New Yorker Magazine reported that I was not alt-right nor associated with Spencer. Despite the obvious truth, Lacy MacAuley disregarded the evidence and persisted with her claim.

Lacy MacAuley, the Antifa anarchist who doxed and libeled me:

Arrested for felony resisting and obstruction.

This is who people listened to? What the hell is wrong with everyone today??

Lacy MacAuley has been arrested nine prior times, has eight traffic violations, and two judgments outstanding. She is clearly uninterested in the law, truth, or being a functional participant in American culture.

Why Did the PCSB Give Lacy MacAuley’s Words Any Credibility?

When MacAuley tweeted at my employer in January 2018, why did they take her words seriously? Why did they jump into action after reading her malicious lies? Why did they suspend me without even talking to me first?

What has the world come to where an anarcho-terrorist with a criminal history is given credence over a man with a proven track record of helping children in Washington, DC?

I, John Goldman, am a proven charter school expert with a history of taking bad schools and improving them. I am a dedicated public servant who also donates my time to coaching youth sports. I am a pillar of my community, but yet, a criminal with anti-social tendencies was able to ruin all of that. What has gone wrong with our society where this is possible?

Lacy MacAuley was Kidnapped, Raped, and Tortured by Her Boyfriend in Turkey

According to her website, Lacy was held hostage and raped repeatedly by her boyfriend in Turkey. This is a terrible, horrible crime and whoever did it should be punished. It is a tragic event. I hope justice will be served in this case, but these events are not without long-term consequences. Unfortunately for Lacy, it appears that she suffered grave emotional trauma which she is now acting out on me and the rest of the world. The rage she must feel towards her abuser is being funneled at me and my children. I have sympathy for what must be a severe case of PTSD. But what Lacy needs is extended psychotherapy and counseling, instead of lashing out at innocent people who simply have different political views.

Will the PCSB Buckle to Mob Rule?

The PCSB suspended me, John Goldman, because a mentally unstable criminal tweeted out lies. And even if what Lacy alleged was true, my right to free speech has strong protections in Washington DC. As a government employee, I’m offered more safeguards than a typical private sector worker.

The First Amendment, The DC Human Rights Act, and The DC Employee Right’s and Responsibilities regulations each protect my right to political speech.

Employees shall have the following rights and responsibilities:

(1) The right to freely express their opinions on all public issues, including those related to the duties they are assigned to perform

Individually each law is quite clear, but when taken together, there is little doubt my right to free speech is rock solid.

I have demanded my reinstatement. I have heard nothing back.

It would be a sad moment in time if an anarcho-terrorist facing felony charges was able to bring down a good family man who helps children at work, volunteers with children in the evening, and works around the clock to benefit society.

All while Lacy MacAuley wants to destroy the very world we live in.

Stand With Me. Support My Legal Fund as I Fight Back

My job, reputation, and ability to provide for my children is on the line. I have no choice but to fight back with everything I’ve got. But I also worry about you. I don’t want you to experience the same tragedy I am.

Today it is me on the firing line, but tomorrow it could be you and your family.

Stand with me. Support my legal fund as I fight back against Antifa and their tactics. Help me prevent this from happening in the future. Help me make the next would-be terrorist think twice before doxing and libeling you.

We have a great legal team assembled. Some lawyers are donating their time pro bono, others are working at a deep discount. But there are expenses associated with lawsuits and I need your support.

Thank you to everyone for the overwhelming support, the kind words, and the solidarity you’ve shown as we stand together against political persecution and the feral Antifa mob.

Please donate today and stand with me against Antifa!

Please note, the fundraiser has closed. Thank you for all the support!

Next post: Is Chris Rock a Racist Child Abuse Advocate? (Why America Needs to be Offended)