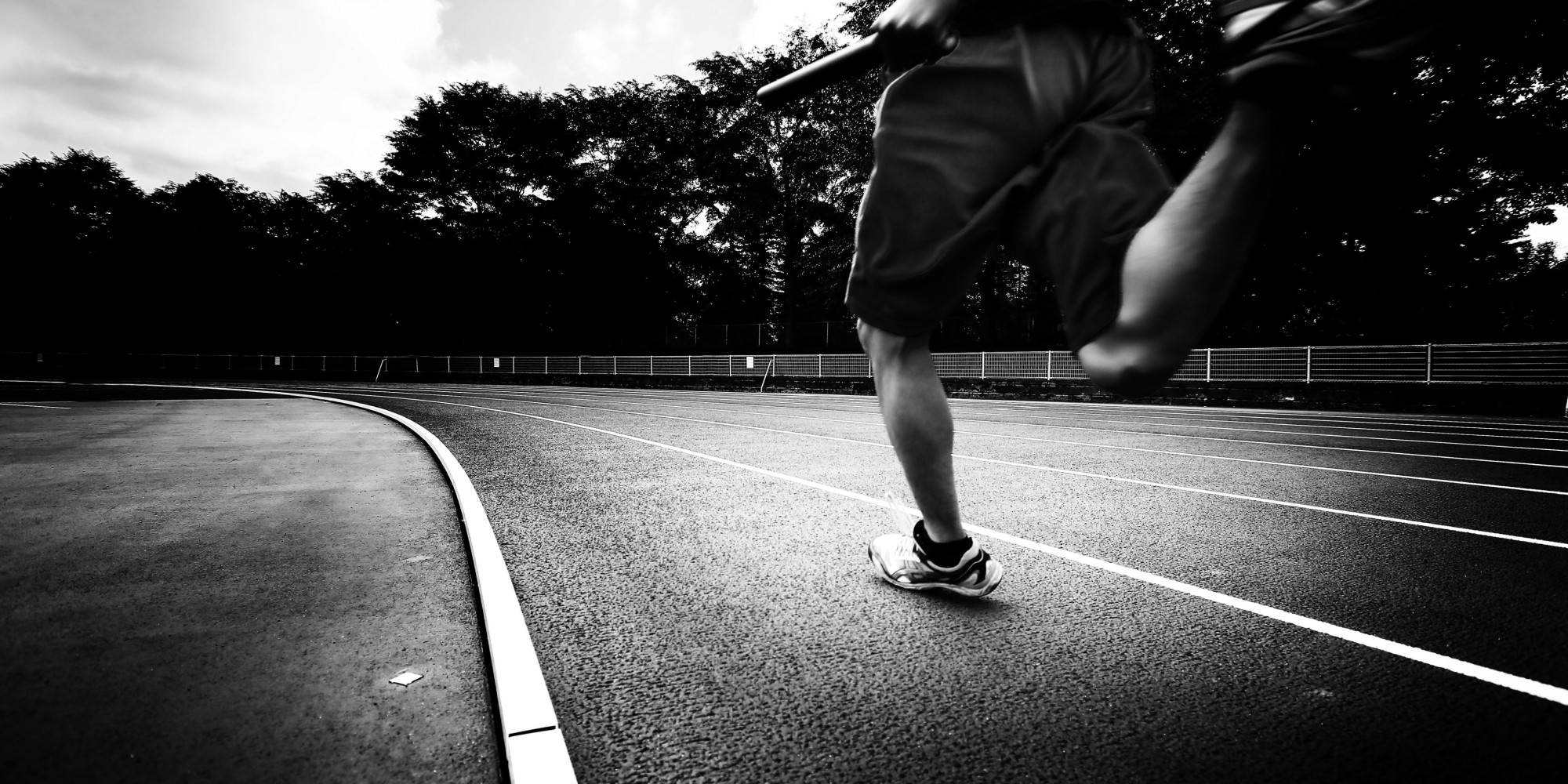 Faith is the cornerstone to stamina.

The Key to Success: The Come Back

Frankly, this is the end of an era that started in 2008.  The real estate and financial markets crashed and burned as badly as my marriage did.  I had bottomed: there were debts and losses, money vanished, gone forever.  My personal life went right with it, my relationship, health, family, money – all toast.

Digging out from the ruin of my life took time.  Becoming the new person I knew I had to become took time.  Creating a new community took time.  Solving all the problems in front of me professionally took time.  Vanquishing my enemies both domestic and foreign took time.

I had nothing and started over completely. Only now all my old bridges were burned and there was no seed money – I was alone.

No longer were my children around me, the ones I had taken for granted.  I under estimated the emotional cost of leaving my children when I ultimately ended my marriage.  Pros and cons.  And I chose to accept the cons.  On top of failing at life in general, I felt like a bad father.

I worked too much.  I drank too much.  I wasn’t there enough physically and when I was, I was distracted.  I didn’t realize at the time how precious their early years were.  30 sounds old, but I was really just a kid with a man’s responsibilities.    I thought the boom times of real estate in the 2000’s were normal life. I thought my kids would always be around whenever I wanted to see them, if I was even thinking at all.  I was consumed with the creation and ultimate demise of the businesses at the expense of everything else.

One deal in particular sucked it all down the drain. Delays, losses, partnership disputes, and is often then the case: law suits.  They introduced me to the risk side of the equation.  Risk / reward seems like an abstract discussion when you’re young.  Now I knew how bitter they each tasted, how bad the stress burned.  It ground me down.  My health waned.  And of course –

Drinking went along with all of it.

At the end there was nothing and no one.  I moved out quietly, my kids too young to really understand.  The tears would assault me, a surprise attacker.  Real deep sobs.  I was leaving.  They were gone.  Time eventually schooled me on just how bad that would hurt.  They left a desperate void.

Broke, alone, and with a dumpster fire of a reputation.  It was the new me.  Or the old me.  Again.

More than once I’ve had to look around at how I’d lost my job, or failed at a business, failed at marriage, failed at college, lost friends, alienated my family or trashed my own health. I’m likely my own worst enemy.

I’m also my own harshest critic.  I’ve berated myself with down right nasty self-talk and self-abuse since my childhood.  I’d never say the things I said to myself to someone else, not even an enemy.

But, the same internal source that delivered desperation also brought me motivation.  In spite of a constant barrage of self-destructive thoughts and rants,  I would eventually rediscover the spark for the next upswing buried in scorching personal commentary.

Because part of that self talk was drive.  It was obsession.

It was an abject refusal to acquiesce softly.

Life flows in cycles.  Personal and professional lives, especially when one is a risk taker, are no different.  Nor are the internal thoughts in our head.  Everything swings right to left, back and forth.  Sometimes, though, things break bad.  Really bad.

When I quit my job in 2003 to start a real estate development company, I said to my then wife, “what is the worst that can happen?  We loose all our money and have to start over?” – “eh, no biggie,” said the 27 year old, childless, first time entrepreneur.

Except that wasn’t the worst thing that could happen.  When I lost money I also lost friends and damaged relationships.  People understand shit happens except when it comes to their own money.  Losing money generally means failing in someway and that has its own collateral damage.

When people start sending you inspirational quotes like Invictus unsolicited, you know you are in trouble.

Morose literature alone won’t save your life – its resonance ought to be a flashing red indicator. Time to get jumping.  But how?  How do you get out of a place that appears to be hopeless?

First the basics.  Over time I will get into each of these things in detail but for now here is an overview:

Take care of yourself.  We all enjoy a little depressive anorexia every once in a while to keep the extra lbs off.  Ain’t no diet like a break up diet.  Or bankruptcy diet.  Divorce diets even better.  After a while though you have to start eating, sleeping, and working out again.  Many others have written about this so I’ll leave it to them, but as soon as you can, take care of your body with good food, exercise, and sleep.

Build relationships and community. Human beings are designed for attachment and affirmation.  We are communal people.  Communication is one of our great comparative advantages.  Even introverts aren’t isolated completely.  Join a gym, take up Brazilian jiu jitsu, do yoga.  Just do something that gets you out and involved with other people, preferably while being active.  Call your sister or Dad.  Reach out.  Make plans.  Be connected.

Now my mission is simple, “Freedom.”  Everything I do today is working towards freedom as defined by me.  If you want your life to involve fitness or computer science or talking to people all day, doesn’t matter what – you can and must make a plan just like any MBA type would for a new investment.

Being proactive about our existence defines the individualist male.

A plan is an external manifestation of your self programming.  Without a plan, you are reacting and responding rather than being your own leader.  No, a plan in your head does not count.  The act of writing it out and reading it is an essential part of the process.  The plan starts with the mission, broad strokes, and goes down to the fine details.

Incremental Action. Baby steps.  Take small digestible pieces of action that lead to big achievements over time.  Breaking it up makes it easier to attack, less daunting.  Happiness is directly related to these increments rather than achieving the ultimate goal.  It feels just as good to get started as it does to win, which isn’t meant to diminish winning, it just means getting started and moving in the right direction gives you energy and reward itself.

Develop a habit of incremental progress.  It will translate into a habit of happiness.

I worked on a project where I swore I would cry at the end out of sheer satisfaction and release.  It turned out to be my most successful project yet.  However, when it was completely finished, I was like eh. Succeeding every day in some small way is the key.

By the time I win,  I’m either distracted by the next challenges or I am already feeling adrift without having a clear goal in front of me.  Happiness is fleeting and best produced on a daily basis through habit.

Stamina.  Not quitting before your time comes may be the hardest part.  Setting your goal and then being unshakeable in its attainment is the magic.  This isn’t a burst of effort, its a slow burn.  Achievement mirrors and perhaps even channels the energy of the universe.  Forcing reality to your hand aligns you with a powerful force.  Ride that wave.  When you begin to see your actions deliver the desired results, the energy increases and your power multiplies.  You must have faith in yourself that this will happen.  Faith is the cornerstone of stamina.

Faith is a demand your consciousness makes of your subconscious.  Your mind and body will conform to this demand.

In spite of all my faults, one strength has become apparent: I am a man of action.  Taking action is what will set you apart from the rest, it will be what makes you a man in the finest sense.  Action is who we are, it is the way of the universe.  When you fail to adhere, the pain comes.  The lowest points I’ve endured have been when change was demanded of me by life, rather than by my own faith.

It was this faith that carried me from the deepest moments.  When my kids were gone, the bank account negative, and prospects the dimmest, it was faith that got me through.  Faith in myself.  Faith in a vision of success and happiness.  A simple rejection of failure.

Previous post: Dream Job and How I got it, The First One Anyway