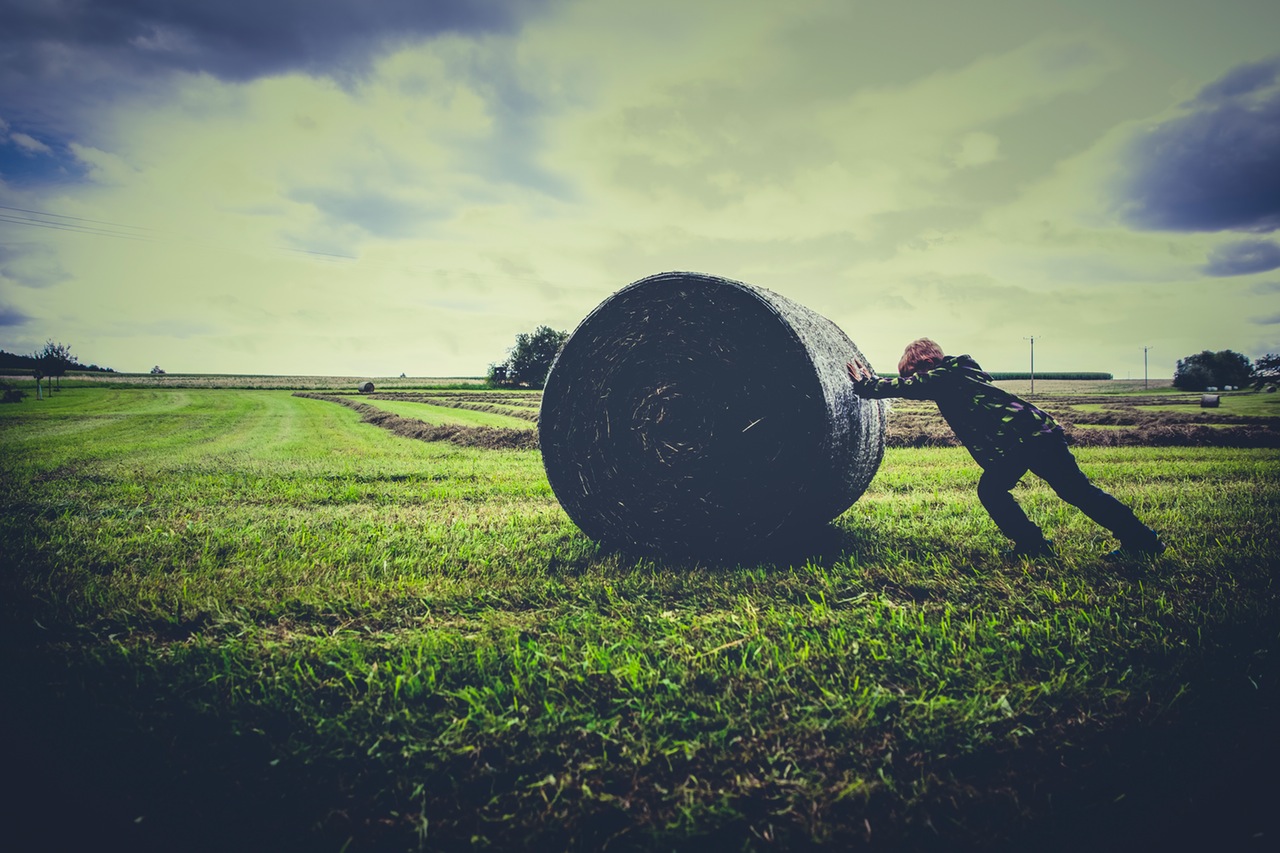 No Job for the Visionary: Finding the job that doesn’t exist.

When I was child, I went door-to-door selling driveway repair services.  In my town, people’s driveways went straight from the garage to the street, but everyone cut the corner when they pulled in. Call it poor design or just laziness but eventually muddy triangular ruts formed on either side of every drive.  At 10 years old my friend and I figured out how to pour concrete into these areas to create a clean addition to the existing driveway.  We rode our bikes around looking for muddy ditches selling this idea with a handwritten flyer.  Over the next few weeks, I hand-mixed and poured concrete to make a few bucks.

At 11 I got my first paper route.  I woke up at 5am to fold and rubber-band the local newspaper.  My route had 50 houses on it.  I was up alone in the dark delivering a 25 cent newspaper everyday to have cash in my pocket for the drug store, where I would buy baseball cards, gum, and dumb shit like squirt guns with disappearing ink.  It was just me and the headlines every day.  Market crashes 507 points!  Berlin Wall Opens to West.  San Francisco Earthquake Interrupts World Series. And eventually, Boy learns work ethic and responsibility, makes a few dollars!

When I was 16 I worked with dead people to make $4 an hour.  I helped bury caskets and cover them with dirt.  Afterwards, I’d cut the grass that grew over the older graves. I trimmed the headstones with a weed cutter for so long my hands went numb.  All I had was my AM/FM radio headset, the weed-wacker, and the tombstones.  At first, I read everyone’s names, giving a fleeting consideration as to who they were.  But after awhile they all just became rocks to take care of in order to make my minimum wage.  My vibrating hands collected a skimpy paycheck each Friday.  It was a good summer.

It’s not like I was hungry.  My parents were professionals who made good money.  They just didn’t give me what I wanted, so I had to go out there and get it myself.  I owe them for that.  They could have handed me anything I demanded, but they didn’t.  Anything I wanted beyond the basics I had to will into reality.  And usually that reality required money.

The greatest thing my parents ever gave me was the opportunity to develop this “make it happen” attitude.  Whether it was by design or happenstance, I don’t know, but the skills I developed because of it shape who I am to this day.

Like most of us, my path took many unexpected turns.  After a rocky college career that included dropping out, pursuing a music career and even releasing a record I turned my attention to the professional world.

First, it was hedge funds and the world of international finance.  I forced my way into an entry level job I wanted, found the right grad school program, and eventually put myself in position to create the career of my dreams…until 9/11 happened.

With Wall Street in shambles, I had to look elsewhere.   I assessed the market and made the turn into real estate and began building buildings in Washington, DC.  I wanted control of the entire process so I started a brokerage, a design firm, and a construction company to design/build my own projects, owning every component from start to finish.  “Make it happen” indeed.

I built a growing portfolio of commercial real estate which would eventually deliver mailbox money every single month.  Then the financial crisis hit and I was swept away with all the other boats in the historic meltdown.  I took a year to develop a business plan and ultimately gained a toehold in a completely different industry running non-profit organizations.  I started as a consultant.  Within a year I was CFO and then Executive Director a year later.

By all accounts, I had made it.  Again.

So, at 40, when my latest career incarnation exploded suddenly, I knew I needed to reflect and find that same urge to create what I wanted in the world, rather than wait for it to appear.

Because this time, things were actually different.

I did everything I was supposed to do in this situation.  I sought out job opportunities with old colleagues, businesses I had worked with, or folks I had hired in the past.  But, the normal networking moves weren’t paying off.  I had a friend personally hand my resume to corporate executives.  I heard nothing back. Nothing panned out.

No “job” appeared for me even after several months.

And then it hit me- there is no new “job” waiting for me out there.  There is no advertisement which says, “wanted: entrepreneur who can’t work well with others needed to run business gratefully for no equity.”

Why? What went wrong? Perhaps hiring managers were intimidated. Maybe partners in firms didn’t want to bring me on as the new guy with the scary ideas.  Maybe I would upset the apple cart.  Maybe I’m a risk.  Maybe I am just unhire-able.

What many people may see as negative traits I happen to believe are my biggest strengths: I’m headstrong and I’m right most of the time. Plain and simple.  And while these qualities may allow me to get the job the done better than anyone else in the market, in this case they made me a threat, rather than an asset.

Change is difficult. People avoid change even if they know it could be lucrative. And let’s be honest, no one in a position of strength or power wants to be challenged, especially by the new guy. Inevitably, I’d end up challenging some dumb thing or another.  You know I’m not going to let stupid shit pass.

So, after my many attempts I failed. I couldn’t convince others to dramatically change the course of their business and grasp my vision. Although I offered growth and huge profits, they just couldn’t or wouldn’t see it.

And then it dawned on me.  I was giving others my vision of their future and asking them to change.

Instead, I needed to pursue my vision of my future and invite others to join me, knowing eventually the momentum will attract others when the time is right.

My former job titles of “Owner, CEO, Managing Director, Executive Director, CFO, or COO” – means my life wasn’t about satisfying a daily task list or managing a set order of processes.  No, my job is to create a vision and motivate others to join me in the pursuit of that vision.  Whether it is investors, bankers, partners, employees, or clients – leadership is about inspiring others to invest in your vision and thus in you.

No one was going to hire me to help them fulfill their vision, because I am the visionary.

Visionaries don’t get hired, they create.

I had forgotten the valuable lesson my parents taught me: create that which you desire.  I had forgotten the 10 year old me, the driveway addition hustler with the paper route.  I had forgotten the builder, developer, and creator I once was.  Rather than immediately launch a new business, I wasted time trying to fit myself into other’s.  Chipping away at those possibilities revealed the wisdom I had already earned in prior lives: I just needed to “make it happen.”

And so here I am again, making it happen.  My new business has launched.  My name is out there.  I am an expert in my field.  And I’ve taken what I learned here at jackmurphylive.com and applied it to a more traditional business.  You too can take what you learn here with me and use it to create a new future.  One step at a time, one foot in front of the other, grinding away daily until one day visions become reality.

Next post: Molly Crabapple of the New York Times Calls Me a Fascist: How Corporate Media Shames and Slanders the Truth

Previous post: Meetups and Mobs: What the Media Missed at the Roosh Press Conference