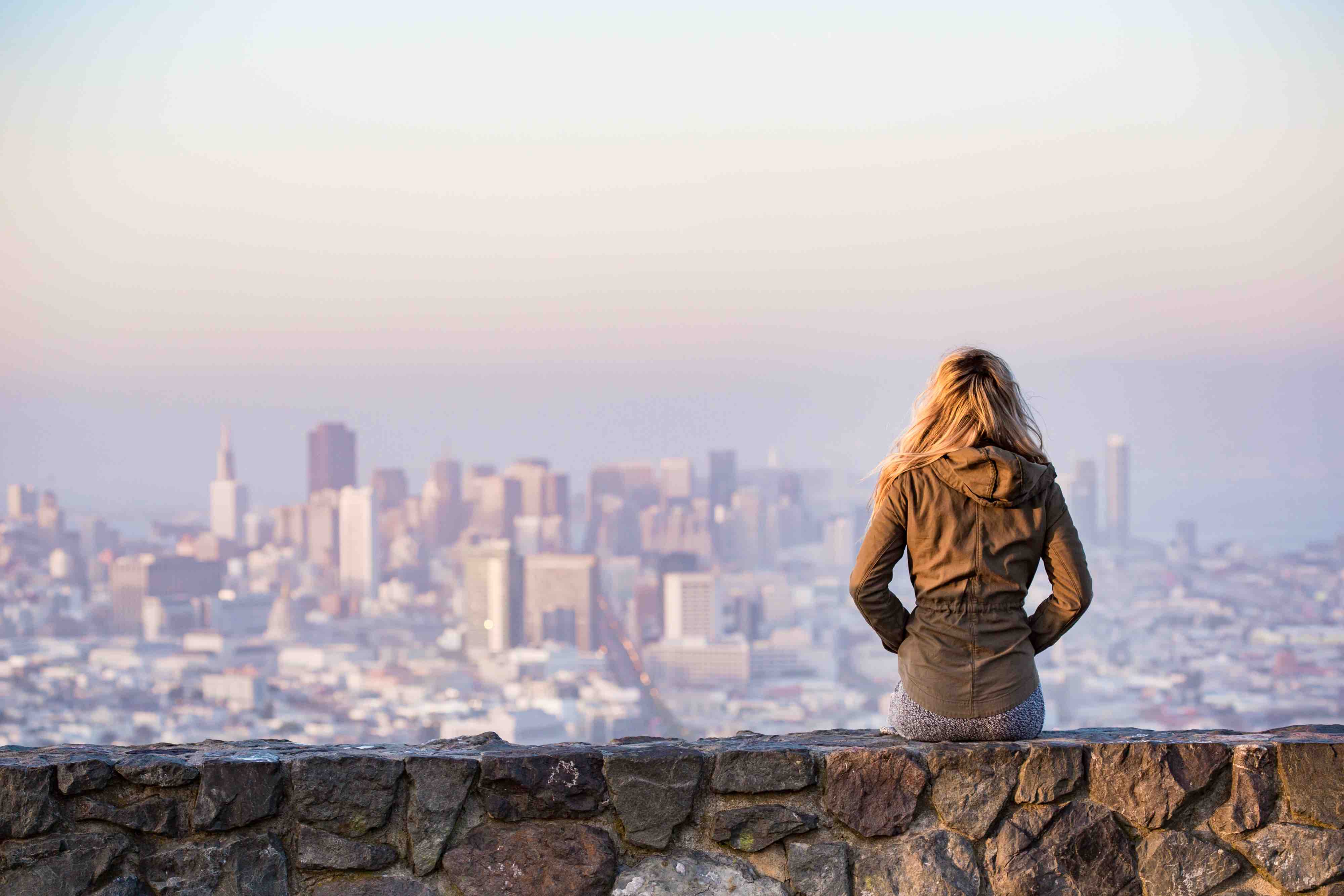 The State of Women in 2017 must be quite dismal.

It is frequently asserted women face systemic oppression, sexism, and discrimination.To analyze such a claim, one must consider how to assess the State of Women and compare it to how things could be minus the alleged oppression.

To do that one can look to basic statistics to address women’s performance today and consider if the data suggests discrimination. If women are indeed held back by men and a patriarchal system surely such a force would be reflected in the basic conditions of the genders.

In a race with only two contestants, the winner and loser are easily decided. Education, wage, wealth, and health statistics should reveal just who is up and who is down.

Presumably, a systematically oppressed class of people would underperform the oppressor in basic achievements like learning, earning, and living healthily. Let’s consider the facts as they are to understand the State of Women in 2017.

Each quote cited has a link to the source material which includes either an article which references and links to an empirical study or directly to the study itself. Please click through for verification of the claims made.

While boys had the upper hand in early education for some time, the circumstances have been reversed for many years.  Today, girls outperform boys in grade school such that it is being deemed a crisis (for boys) around the world:

“It is a problem that would have been unimaginable a few decades ago. Until the 1960s boys spent longer and went further in school than girls, and were more likely to graduate from university. Now, across the rich world and in a growing number of poor countries, the balance has tilted the other way. Policymakers who once fretted about girls’ lack of confidence in science now spend their time dangling copies of “Harry Potter” before surly boys. Sweden has commissioned research into its “boy crisis”. Australia has devised a reading programme called “Boys, Blokes, Books & Bytes”. In just a couple of generations, one gender gap has closed, only for another to open up.” —–The Economist.

“We’ve known for a long time that boys, on average, struggle with school more than girls do. Learning disabilities and behavioral problems are more prevalent among boys, and high school and college graduation rates are lower. Boys also receive two-thirds of failing grades and are more likely to find school boring or frustrating.”——Time Magazine.

Boys get lower grades, they struggle more with grade school, suffer more disabilities and behavior issues, and ultimately graduate from high school at a lower rate than girls.

Girls have an easier time succeeding in school in almost every way.  This article from 2000, yes 17 years ago, highlights the gender imbalance which favors females. Circumstances have only worsened since:

“ After so many years of hearing about silenced, diminished girls, teachers do not take seriously the suggestion that boys are not doing as well as girls even if they see it with their own eyes in their own classrooms.”—–The Atlantic (2000).

Even in the face of overwhelming statistics, the narrative persists that girls are discriminated against.

“How did we get to this odd place? How did we come to believe in a picture of American boys and girls that is the opposite of the truth? And why has that belief persisted, enshrined in law, encoded in governmental and school policies, despite overwhelming evidence against it? “—–The Atlantic (2000).

This phenomenon is not limited to just the United States. Worldwide girls outperform boys:

“As the new school year ramps up, teachers and parents need to be reminded of a well-kept secret: Across all grade levels and academic subjects, girls earn higher grades than boys. Not just in the United States, but across the globe, in countries as far afield as Norway and Hong Kong.

These assertions backed up by a study which considered over a million boys and girls:

This finding is reflected in a recent study by psychology professors Daniel and Susan Voyer at the University of New Brunswick. The Voyers based their results on a meta-analysis of 369 studies involving the academic grades of over one million boys and girls from 30 different nations. The findings are unquestionably robust: Girls earn higher grades in every subject, including the science-related fields where boys are thought to surpass them.”—–The Atlantic (2014).

Winning at education leads to winning in the job market. College graduate women earn more than men throughout their 20’s.

“Women in their 20s have reversed the gender pay gap, but their earning power is still overtaken by men later in life. Figures compiled by the Press Association have shown that between the ages of 22 and 29, a woman will typically earn £1,111 more per annum than her male counterparts.”—–The Guardian.

“According to a new analysis of 2,000 communities by a market research company, in 147 out of 150 of the biggest cities in the U.S., the median full-time salaries of young women are 8% higher than those of the guys in their peer group. In two cities, Atlanta and Memphis, those women are making about 20% more. This squares with earlier research from Queens College, New York, that had suggested that this was happening in major metropolises. But the new study suggests that the gap is bigger than previously thought, with young women in New York City, Los Angeles and San Diego making 17%, 12% and 15% more than their male peers, respectively. And it also holds true even in reasonably small areas like the Raleigh-Durham region and Charlotte in North Carolina (both 14% more), and Jacksonville, Fla. (6%).—–Time Magazine.

There is a drop-off in women’s earnings after age 30, according to these reports, which can be explained by a number of factors. Primarily, mid-career jobs and upwards require a linear progression with few interruptions plus an ability to work extended hours. Women often exhibit a preference to have children, stay home from work, pause from participating in the labor force or return to positions which are part-time and don’t pay as much.  The highest levels of professional earning tend to come with straight line dedication and rigorous work weeks that many women eschew for a more balanced home life. If only highest level senior positions were “part-time” more women would qualify or prefer them over other options:

“Sam Smethers, chief executive of the Fawcett Society, which campaigns for gender equality, suggested more senior roles would go to women if they were offered on a part-time, or job-share, basis. “Unless there is good reason not to do so, that should be a company’s default thinking,” she said. “Sadly, the opposite is true: once you get to a certain level, it’s a full-time role, which excludes many women from roles they would be perfectly capable of doing.””—–The Guardian.

Harvard Professor Claudia Goldin expands on personal preferences of women and their contribution to earning differentials as she debunks the “Wage Gap:”

and suggests it is created by life decisions made by women:

“Goldin has a less popular idea: that the pay gap arises not because men and women are paid differently for the same work, but because the labor market incentivizes them to work differently.”—–Harvard Magazine.

Life choices, interests, and fields of chosen study account for any “wage gap:”

We show that men and women differ systematically in their interests, and that these differences can account for an economically and statistically large fraction of the occupational gender gap.—–“Why are there so few women in information technology? Assessing the role of personality in career choices”

Some studies even indicate women simply care less for professional achievement than men:

Despite a lack of preference for professional attainment and preference for life choices which lead to part-time employment, workforce pauses, and diminished relative work experience of women to men, women still manage to hold a majority of professional and managerial positions in the US:

“Women now hold 52 percent of management, professional, and related positions, according to a new report from BMO Bank.”—–BMO Bank.

“Women currently control 51 percent, or $14 trillion, of personal wealth in the U.S. and are expected to control $22 trillion by 2020.—–BMO Wealth Institute

Not only do women learn more, earn more, and control more wealth than men – they are also safer while doing it. Workplace mortality for men is far higher than it is for women.

Men die more at work and are sicker at home than women:

“Adult men are 2 to 3 times more likely than women to have a drug abuse/dependence disorder,”—–https://www.ncbi.nlm.nih.gov/pmc/articles/PMC2235192/

And it’s no surprise then that women live longer than men as well.

At the same time, women are less likely to suffer from drug and alcohol addiction, they suffer less workplace death and ultimately live longer.

If there is systemic discrimination or oppression it isn’t revealing itself in the data. Women who are oppressed or discriminated against should appear to us as undereducated, underpaid, underemployed, with a higher risk of death and shorter life expectancies relative to men.

However, the data says women experience the exact opposite.

Women learn more, earn more, have more wealth and better health than men and the gap is only widening.

I don’t begrudge women’s achievements, quite the opposite, I am happy and proud of them. But for women to carry on harping about male privilege in the face of cold hard data is the height of hypocrisy. Deviating from the truth is part of what divides our country today.

Finding and revealing the truth is done with healing and love in mind. Let’s use the truth to return us to reality and move forward together united into the future.

Next post: Zen and the Art of Not Dying:
What I Learned Freediving in Thailand

Previous post: 3 Ways I was Betrayed and How I learned to Trust Again