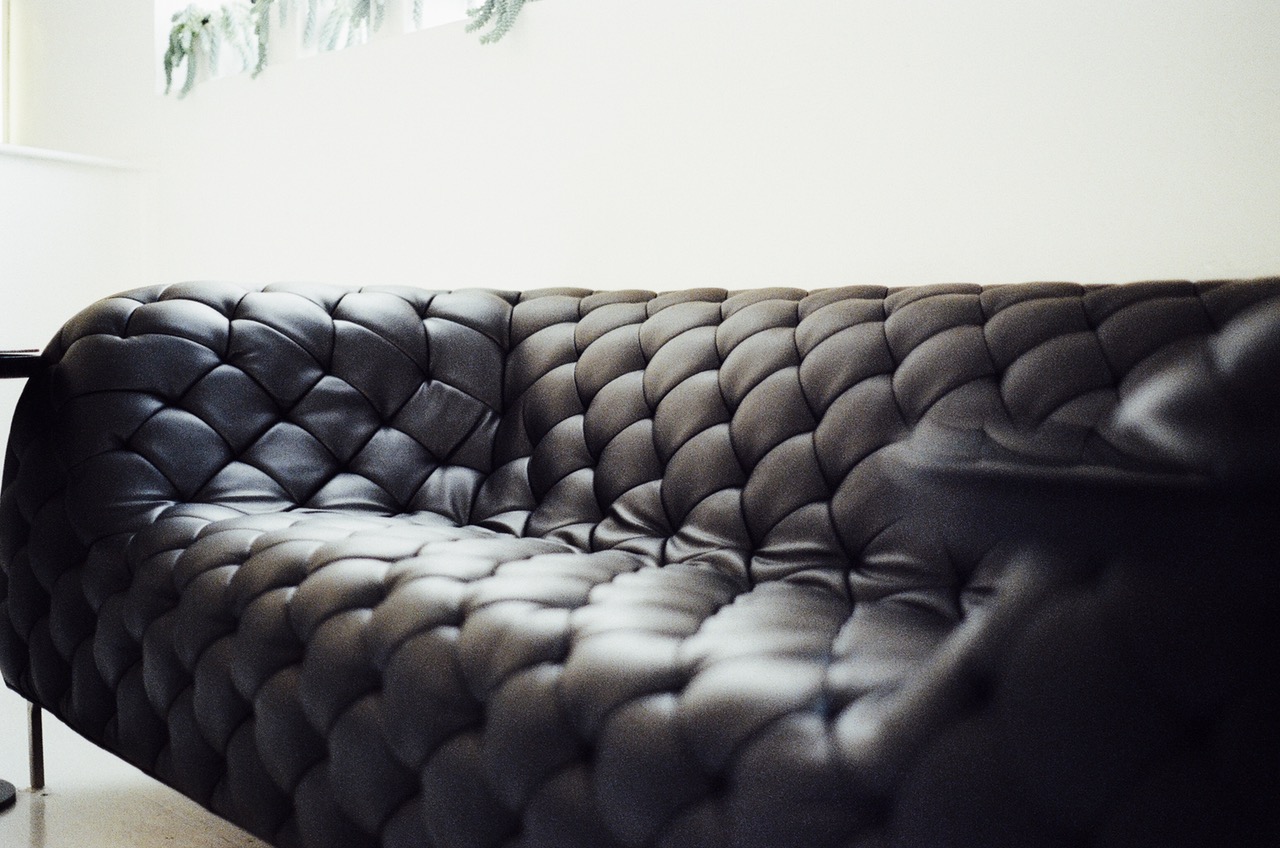 Talk therapy is for girls.  Or weak people.  Only sick broken people seek advice and a safe place to talk.  Or so people think.  Worse, the therapy industry is run by SJW and feminists with nothing but disdain for males and masculinity.  Going to therapy would surely turn me into a white knight or a feminist!

Instead, my reality with talk therapy is that it helped me understand who I was, where I had come from, what I was doing then and how to help myself get to where I wanted to be.

Instead, talk therapy helped me become a better man.

I first sought out therapy during a time in my life where my sexuality was in over-drive.  I was having sex and relationships with a number of different women and I was feeling like perhaps I was out of control. My feminine imperative shaped mind was conflicted with my actions.  I wanted to explore this and other more existential questions I had.  Primarily, I wanted to understand why I was doing what I was doing.

I chose a gay male therapist because of his work on sexuality and the model he had created.  I deliberately did not choose a heterosexual woman my age or younger because I wouldn’t have been able to fully relax around her.  A 60-year-old woman would have had no reference to help me.

There are few if any straight men in talk therapy.

Being that I’m not homosexual, his gayness meant nothing to me.  Him being a man certainly did.  But it was his approach to sexuality which initially got me in the door.

Our sessions began with preliminary work where I reviewed my childhood and home life, coming to understand that I was indeed raised in a home in crisis.  My mother is an alcoholic and drug abuser.  My father beat me when I was younger and would rage on me and my family.  They eventually divorced.  We moved several times.

I was sexually assaulted as a child by my babysitter down the street.

We considered all of these things and when he held them up to me in black and white, I finally saw that I had faced a stiff headwind all along.  These people and situations put thoughts into my head and created habits and patterns in my thinking that were detrimental to who I wanted to be today.

My parents were so unable to connect to me as a child when I reached out to them, I taught myself wanting their approval and attachment was a terrible thing.  I shamed myself into thinking that I was flawed because I wanted them to love me!  Stop wanting them to love you, you idiot!  It’s YOUR fault!

As a young child, I learned to criticize myself as a coping mechanism.

Yes, I felt like I acknowledged a victim status.  But not in the way that we see today where people use it as a way to get something.  No, I acknowledged my position as a victim as a way to empower myself.  I was able to finally acknowledge that many of the negative thoughts and feelings I had came from my shitty upbringing.

I don’t think I would have been able to come to see that position without a therapist’s help.  Having an empathetic and trained professional to help shine some light on other ways of thinking is something I couldn’t get from books or on my own thinking.

My therapist would show me the latest research from the field.  He would explain to me how a child bonds to their parents and how the successful or negative outcome of that experience shapes who we are today.

It was a team effort and a partnership.

And man was the outcome liberating.  No, the negative damning voices in my head aren’t mine and in fact, they came from outright assholes – so let’s get rid of them!

But how?  That’s when he introduced me to cognitive behavioral therapy (CBT).

Not only was I able to now identify many of the sources of my negative thinking, but I was also able to see that I always jumped to the conclusion which cast me in the least favorable light.  The voices in my head including my own narrative were just killing me all day.  “You’re stupid as fuck!”  “You’re fat!” “You really fucked that up for good now,” and on and on.

Yet through talk therapy and CBT I was able to begin the process of changing how I thought and thus how I felt.

It is empowering.  It is about taking control of your emotions and your perspective and shaping the frame to change the way you feel.  It is about being in control and having only yourself to answer to, which are some very masculine ideas, indeed.

CBT is problem focused and action-oriented.

Talking about my current issues at the time (relationship troubles, work stress, ‘too much sex’, and body image) helped bring to light the frames in which I addressed myself and the world.

Sharing my thoughts and feelings to a therapist was just practice for the new skills he had taught me.  And it was this weekly practice that helped create the new habits that I use to this day.

Now, in my daily life, I am able to quickly identify negative thinking or frames and reframe them to better match reality.  Which in turn changes the way I feel.  Which in turn affects positively the way I interact with myself, my kids, my girlfriend, people at work and everywhere.

Therapy without learning real tools may be useless.  I don’t know.  I haven’t had that experience.  Other more traditional avenues of psychotherapy have the therapists search for the unconscious meaning behind behaviors and then seek to diagnose the patient.  But CBT was about giving me tools to use my own conscious thoughts as a way to influence my behavior myself.

Some may say that therapy is a waste of money. Was it expensive?

I had insurance, and it cost me $40 per week or $160 per month.  And when I didn’t have insurance I negotiated with my therapist to accept from me what the insurers pay him, i.e. a discount.  In that case, it was $105 per session when I had an insurance lapse.  But, to me it was invaluable.

Of course, you can learn many of these same techniques by reading books (such as Gorilla Mindset), but for me, having a real-life expert to talk to on a regular basis and the cathartic nature of verbalizing feeling was worth it.

Just like Townsend Wardlaw wrote, “When I share my fears with others I expose it to the light and these feelings vanish. Fear cannot live in the light.”  My light was in that therapist’s room and I can confirm Townsend is right.

How I chose my therapist

I asked around.  I had some friends who had been to therapy and I knew some people in the field.  I got references and did phone interviews.

I treated my first couple of sessions as an interview of the therapist in addition to being about you.  This was about fit and comfort and I had the right to choose.

I knew I had to talk to a man, a woman wouldn’t be right.  I wouldn’t be able to be totally honest or open or even fully attentive with a female therapist who was my age or younger.  And very few 60-year-old women have anything to add to me in terms of me understanding who I was.  A similarly aged gay male was my final choice.  Not too many straight masculine dudes out there in talk therapy land.

I asked my therapist for a plan and we developed a set of goals together.  I didn’t let it be pure navel-gazing or crying.  This was about action.  Exploration is part of it but had to have a plan.

I used my insurance network.  With my not-so-great insurance, I was able to keep costs to the $40 copay per session.

Therapy is not the sole answer

Talking to my therapist and learning about how my brain worked was not the only avenue I took to working through my issues at the time.  I made sure to stay healthy and fit, eat right, sleep well, socialize and write.

I wrote an ongoing anonymous blog where I did most of my navel-gazing and threw it up for people to go apeshit on.  And they did.  But it was cathartic.  By the time I was done breaking up with my girlfriend at the time, the post was 1000 pages with comments.  Not 1000 comments.  1000 pages.  I wrote.  A lot.

I shared so much about my thoughts and fears that people thought it was made up.  They accused me of being a fiction writer or a worse, a woman. When a man was able to articulately and honestly share his innermost fears and thoughts, the readers could not process.

And I went to therapy and talked about my feeeeeeelings.

But the difference to me is that I shared these feelings and thoughts as a practice for the new skills I was developing to change all of that.  Sometimes you have to dig around in the pain to find the triggers (hate that word!) which cause the negative self-talk. Being able to identify who or what put those nasty voices in my head was something I had to do in order to discredit them and reframe.

It was about owning myself, my emotions and continuing my evolution into an auto-regulating and auto enhancing being.

We’re nothing more than walking hardware with thinking software and that software can be written and rewritten.  It was as if until now my internal software was open source code that could be edited by third parties just by telling me things over and over again.  Taking ownership of that software editing and closing the firewall to the outside was my biggest take away from therapy.  I’ve become more independent and less judgmental of myself in the process.

Therapy, when done the right way, can be precisely what the auto-regulating individualist male needs in his life in order to make progress.  Find someone you can relate to, create a plan, learn real tools, practice putting those into use, and use your insurance to make it as cheap as possible.

Eventually, you’ll find you have no need or desire to go back.  A good therapist works himself out of a job from day one.  After about nine months of weekly, then semi-weekly and eventually monthly meetings, I realized I had outgrown the need for it.  Equipped with a better arsenal of tools and a better understanding of myself, I’m too busy enjoying life to have time for therapy these days.