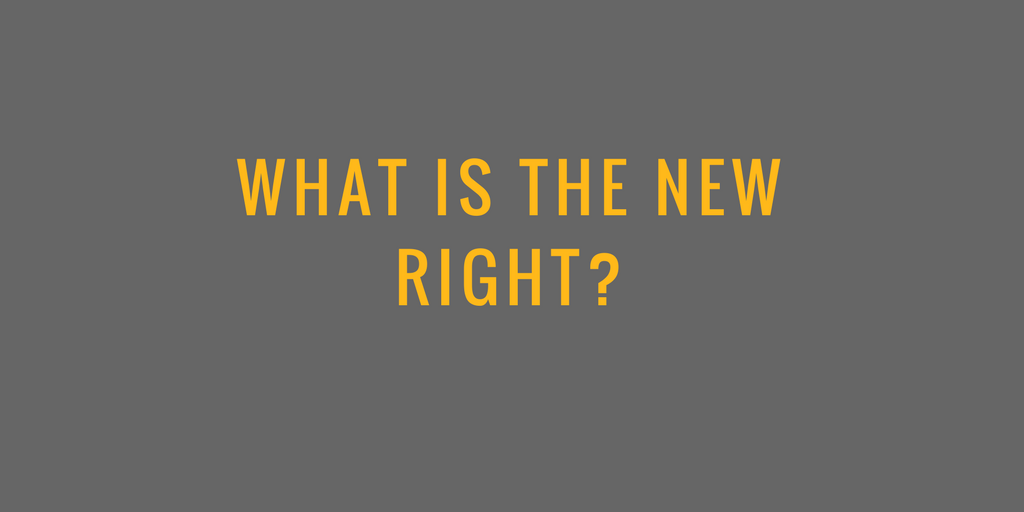 What is the New Right?

What is the New Right?

Now that the election has passed, it is time to start creating the future we desire. The Republican party is weak and there is an opportunity to bypass the old gatekeepers and reach the people directly. We have a chance to answer the question: “What is the New Right?”

People with resources and a desire to make change are paying attention to what we do and say. This is a rare opportunity to influence the world around you.

Now is the time.

Ali Alexander explained how the New Right came to be.

The New Yorker described how the New Right distinguished itself from the Alt-right.

And Jeff Giesea first outlined three core ideas of the New Right at the Deploraball. They were:

But now I want to take these ideas further, expand on them, add to the list. Let’s work together to define what we represent.

What follows is a brainstorm of positions which when taken together begin to represent my idea of what the New Right could be. Consider these a draft of a draft of something to be posted on the front door of the GOPe headquarters.

You’ll see a mix of economic, immigration, education, and cultural positions, including changes to policies on identity, race, and gender.

Reminder, this list is incomplete and just the beginning of the conversation.

Without further ado, I submit to you my ideas on “What is the New Right?”

In order to create a more perfect union, we must:

Tell me, in your words, What is the New Right?

This list is incomplete, and I am open to feedback. What did I miss? What seems like a good idea? What sounds ridiculous or impossible? What do you think? Tell me, in your words, What is the New Right?

Retweet and share this list to give more people a chance to contribute. Let’s start a real conversation.

This is a rare opportunity to shape the future. Believe me, when I tell you, serious people are paying attention to what we do and say. This is our chance.

Next post: Democrat to Deplorable: What is White, Anyway?

Previous post: Baseball, America, and Fatherhood – How I Make the Most of Being a Part-Time Dad.