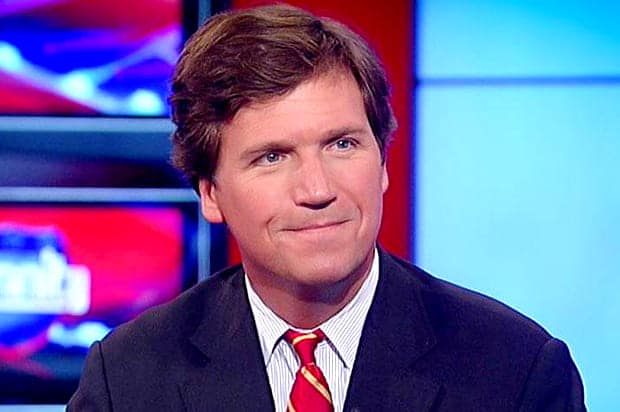 Tucker Carlson is an entitled asshole, fired by his bosses five times.

Yet, he has returned to the top with his successful takeover of the 9 pm primetime spot on FOX, replacing Megyn Kelly as the face of the network. As the one time “youngest anchor ever” on CNN, Carlson was precocious. His career exploded leading to shows like “Crossfire,” “The Situation With Tucker Carlson,” and “Fox and Friends.”  By all accounts, Tucker Carlson is a star, and anchoring the 9 pm slot on a major news network only confirms it.

However, his early fame created a hidden flaw which would later lead to his downfall.  For all his success, Carlson has found himself on the wrong end of disputes many times. Some people would even say Tucker Carlson is a loser.  He has been fired five times from various shows and networks, including his own eponymous “Tucker.”

Circumstances can explain being terminated once, twice, or even three times, but falling from grace five times begs a different question.

What gets someone like Tucker Carlson get fired so many times?  Why do successful people fail?

And more importantly, how does someone get fired five times but still land on top?

Winners work hard, capitalizing on their drive and urge to achieve. Adding to that desire may be family responsibilities, burning needs for fame, or a just a simple need for money. These things are usually clear. But sometimes, successful people fail, and the causes are less apparent. The reasons become more evident only after we slip from prominence; the downward slide is already in motion before we notice the negative consequences. Success has a way of planting unseen seeds which can later grow into self-destructive behaviors.

Many of us have felt like we finally “made it,” only to suddenly find ourselves on the other side of the peak, tumbling downwards before we even realized what was going on.

It’s happened to me. Peaks and valleys have marked my career. I’ve risen to the top, and fallen from grace more than once. This last time, I had become an expert in my field, and even the mayor came to thank me for what I did. There was a press conference. I was flying high as Executive Director, managing over $20,000,000 and employing over a hundred people. After climbing out of my last career crater, I thought this was the time I had finally made it; I was indestructible.

But the hidden force gathers strength the moment you think to yourself, ahh yes, I’ve finally done it.  I’ve arrived.  (I am king!).

When you think you’ve made it, you begin to take things for granted.  You think: my track record speaks for itself, I don’t have to prove anything today.  One day turns into a week, a week into a month and eventually, your reputation becomes a distant memory. The moment you begin to coast on past success is when the path to failure begins. Achievement brings a different set of risks than being an up and comer does.

You’ve got to stay hungry and humble, especially as the W’s pile up.  You can’t expect tomorrow to be like today. We live in a what-have-you-done-for-me-lately world, and “lately” means right now. Forgetting that is the first step towards failure.

This is called entitlement

We’re not talking about the kind of entitlement you think of when you hear the words “trust fund baby” or “spoiled rich kids.” In this instance, entitlement is born out of complacency. You’ve worked hard, you’ve earned your place at the top and now you “deserve to be here.” You don’t.

Even though I worked my way through college, went from backroom stock boy to CEO, I still somehow found myself cursed by complacency. Success and accolades sapped me of the focus and aggression which fueled my efforts. I drifted farther away from the real work, believing recent exploits would preserve my position. I spent too much time on things that didn’t matter and not enough time on what propelled me to leadership in the first place.

Just when I thought, “I’m untouchable,” I got rocked. Now, there were lots of reasons my last gig didn’t work out – but one way I’m keeping myself accountable is to identify what I did wrong.

Becoming entitled and complacent was my contribution to my downfall.

Tucker Carlson did something similar.  By his words, he believed money and fame made him entitled, which got him fired. Even someone as wealthy and famous as Tucker Carlson got fired for being spoiled.  His success, reputation or precociousness didn’t stand a chance against the ugliness of entitlement. Even though he had a prep school upbringing, national name recognition, and an extensive network – it was believing he inherently deserved privileges or special treatment that brought Carlson down. 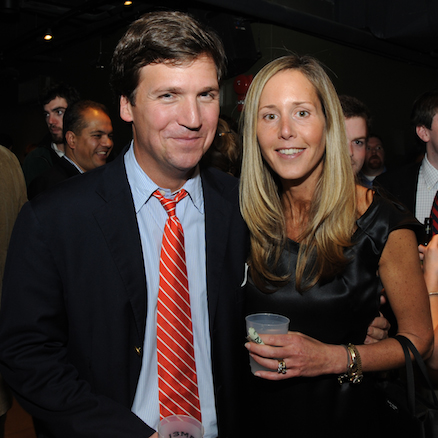 So, what do we do? Reflect honestly and productively

Entitlement and complacency have gotten the best of me, so I’m not just lobbing bombs at someone like Tucker Carlson.  As you will see in the interview below, Carlson admits it was his attitude and expectation of privilege that brought him down, perhaps even more than once. Maybe five times like he says.

But now Tucker is back on top. His new show is terrific. Somehow he managed to overcome his sense of entitlement and recover from failure- more than once.

How can we learn from him?  What does it take to fix these problems? How do we improve to keep succeeding?

Acknowledging your faults is the first step, but it’s not enough. Bold action must follow. Instead of wallowing because of unfortunate circumstances or poor choices, find a place where you can temporarily acknowledge your faults without getting stuck. Self-pity is the enemy of happiness and achievement. Own up to your mistakes, train yourself to overcome them, and then move on.

One way I’ve found to process errors and glean wisdom from them is through writing. While I always knew it instinctively, Jordan Peterson’s Self-Authoring program cemented a deeper understanding of the process for me.  Examining the past and visualizing future outcomes is self-programming that works. Writing rewires your brain in small ways with large benefits. Once I understood this more formally, I went from randomly venting in a journal, to using my writing prescriptively. Writing is the tool to uncover the lessons buried in your mistakes, which in turn seems to solve the negative emotions attached them as well.

This way you not only become more successful but you make yourself feel better in the process.

[Check out the Self-Authoring program here.]

Then, Master The Comeback

Expect to fail. Making mistakes is part of being human. Thus, recovery is a skill we should all develop. As I’ve written before, I believe the key to success is mastering the comeback. In that article, I outlined five key guidelines:

When combined with reflective writing, these principals will help you go from crashing and burning to well on your way to success. I’m not going to lie and say it will be quick or easy, but you know that already. Consistent effort over time will be what makes it happen in the end.

A peak is a narrow point upon which to stand. It takes balance, effort, and determination to remain atop the mountain.  Seizing power is one thing, retaining it is another.  A sense of entitlement will corrode your defenses.

Once you get to the top, once you feel the pleasure of success, you cannot stop fighting- ever.

Tucker Carlson’s career is a roller coaster ride played out in public. We have the luxury of watching from afar as he rises and falls. Whatever your opinion of his politics or him personally, there are things to learn by watching his return.

First, as I wrote in The Comeback, Carlson refuses to accept losing. He will not acquiesce or accept defeat.  Why does he do that?  Maybe it’s for ego, fame, or plain old-fashioned money. It doesn’t really matter, he never gives up and returns stronger than ever. When he was fired from a show they named after him, did anyone think he’d be primetime and killing it on Fox a few short years later?  Carlson probably did.

His resurgence came through action, not self-pity. In the interview below, he describes self-pity as the enemy of action and a “spiral of loserdom.”  In a recent Reddit AMA, he says about wallowing, “There’s no upside. For one thing, it’s just more thinking about yourself, which is the root of all unhappiness.”

While I believe productive reflection is essential to processing and learning, he is right when he says too much self-reflection is a road to failure. It restrains your recovery.

Reflection without action is navel-gazing.

I for one, am glad Carlson clawed his way back to the top.  His takedown of weirdo Kurt Eichenwald became an instant classic. The relentless grilling of guests (victims?) is both humorous and informative. I’ll admit, I’m relatively new to Tucker Carlson, as a lifelong Democrat he wasn’t allowed into my worldview.  But now that I’ve found my way to the right, he has become a nice bonus to the experience. I can always appreciate someone who displays toughness, passion, and talks mean trash.

It’s hard to feel sorry for someone who is a success, but winning does bring with its own set of problems. Complacency and entitlement are often obscured by bright lights even as their effect gains power. Constant diligence and never-ending drive to succeed are required to stop them from overtaking you. In his own words, Carlson says that money made him entitled, disgusting and jobless. Now he’s back on top of the mountain raising hell for us to all enjoy.

To learn more watch this funny, insightful, and entertaining interview of Tucker Carlson by Gavin McGinness:

Next post: The Future of the Alt-Right: Jack Murphy vs VoxDay

Previous post: How to Make a Million Bucks and Get Set for Life